What’s the story behind the story? What inspired you to write In Her Father’s Shadow?

I’ve been obsessed with true crime for all of my adult life, mostly because Jeffrey Dahmer was arrested when I was in middle school, and I was fascinated by what he’d done. In fact, I entered into the legal field because of it. Anyway, I recently read A Serial Killer’s Daughter: My Story of Faith, Love, and Overcoming written by Kerri Rawson, BTK’s daughter, and I was drawn to her story as both an empath and an author. She didn’t realize her father was a killer until she was an adult, and it made me wonder what it would’ve been like had she been at a young and impressionable age. Accordingly, the concept for In Her Father’s Shadow was born.

I was so stoked to hear Halsey’s new song, The Lighthouse, as it’s extremely fitting for this book—specifically for the heroine. As for her hero, I’m going to go with Jack Johnson’s Angel because 1) I totally adore Jack, and 2) the hero is both chill and romantic.

If you had to write a blurb for the last book you read, what would it say?

I would refuse to do it. Writing blurbs for my own books is hard enough.

I generally like to both read and write thrillers and romantic suspense. I love trying to piece things together to solve the mystery, and I’m a sucker for a good love story.

Do you have any quirky writing habits? Where did you write In Her Father’s Shadow?

Most of In Her Father’s Shadow was written in my office on our farm, but some was written on the deck of our lake home and during several 12-hour car rides to visit our son in the Coast Guard, stationed in Michigan.

Live for today. I live in a small farming community, and way too many people are dying of cancer at young ages. I try to make the best out of every day, and go on adventures as often as possible! 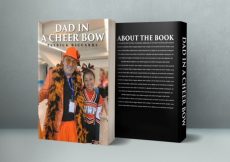 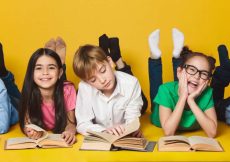 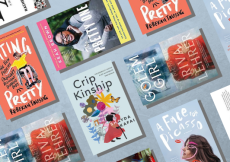 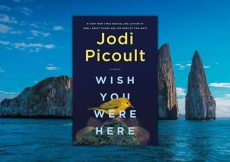 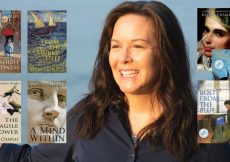