What’s the story behind the story? What inspired you to write The Red Witch: Book 2 – League of the Moon Series?

When I wrote my first book, In Your Dreams, I didn’t plan on writing a sequel. My sister’s boyfriend was the one that brought it up. He admitted to me he wasn’t much of a reader, and that he hadn’t actually sat down to read a book for more years than he cared to admit. And he was skeptical that my first book would hold his attention, but he would bring it with him when he and my sister went away on vacation.

I was floored when he came back and said he loved it, and he was angry he was so close to the end of it one day on vacation when his tablet’s battery ran out. His words to me were, “You have to turn this into a series.” I was thrilled he loved it, but when I kept hearing from others who’d read the book that they fell in love with the characters and they wanted more, I started to think about it. I remembered the feeling of finishing, and how I was a little disappointed the story was over. And then I thought about how “In Your Dreams” had ended, and how it was really just a new beginning. Almost in the moment I had that thought, the opening scene popped into my head. Fortunately I was home and near my PC when I got it. It all just flowed from there.

I’ve always loved anything to do with the supernatural. The first book I ever read that made me think about becoming a writer was “The Stand” by Stephen King. I loved the characters in that book, but the supernatural themes and events in the book are what hooked me. In particular, how when the modern world went kaputt, it revealed a world of feeling and intuition that was always there but blotted out by the noise of everyday life. So, it was no surprise to me I felt extremely comfortable writing a book dealing with all kinds of supernatural themes, and how those that are skeptical come to believe.

My TBR pile is endless. Fortunately, I’ve discovered audiobooks. I’ve probably listened to seventy or eighty of them over the past year. I’m currently listening to “A Discovery of Witches” by Deborah Harkness, and loving it. I’m looking forward to reading book two of K.F. Breen’s DDVN series “Raised In Fire.” Looking at my Kindle, I’ve also got “The Ocean at the End of the Lane” by Neil Gaiman, “1000 Yards” by Mark Dawson, “Real Magic” by Dean Radin, “Map of Shadows” by J.F. Penn… now I just need a time machine.

There is a scene in “The Red Witch” where Wanda, one of the original main characters, and Mercy, a new character in Book 2, are being stalked by an evil entity lurking outside of Wanda’s Wicca’d Emporium. Wanda senses him. She shuts the lights in the shop off, and searches the darkened street for the threat. What happens next, introduces the reader to the unexpected powers Mercy possesses. I enjoyed the hell out of writing that scene.

I have two monitors on my desk. The one that sits in front of the keyboard is for writing on Atticus. The one to my left I usually put up a YouTube video of something that will put me in the right frame of mind for whatever I’m writing at the time. I’ll set it to full screen so it almost simulates a window looking out on whatever scene is setting the mood. I had a lot of ‘raining at night’ videos running on screen two during “The Red Witch.” And, of course, I need Iced Coffee in front of me.

I saw an interview on YouTube with Eddie Van Halen. The interviewer asked him what his advice would be for anyone trying to be successful at something creative. His simple answer was, “Don’t Stop.” That’s the motto I follow.

Some of the things that happen to the characters in my books are things that have happened in my own life, and I’ve presented them through each character in their own backstories. At the end of Book 1, I wrote to the readers about this, and said I’d let them figure out which ones. But I’ll give one away now.

Joanne is in a deli in the middle of town. She’s at a low point in her life. Out of the blue, a man comes up to her and asks her if she’d like to read some of the books he’s written. It’s a book of quotes about happiness. She’s in no mood for a stupid book on quotes about happiness, but to get the guy out of her hair, she agrees. Line after line, the book lifts her out of the massive depression she’s in. Joanne thanks him, turns around to get her food, and the man and his book are gone. When she asks the clerk where the man she’d been talking to went, he looks at her like she’s lost a marble or two.

This happened to me in a deli in Cambridge, Massachusetts. I think I’d like readers to remember there are indeed things that happen in this world that can’t be explained. And that maybe, when we’re at our lowest points, someone or something may be looking out for us. What we do with that is up to us. 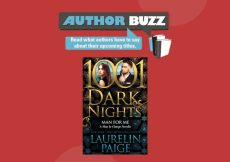 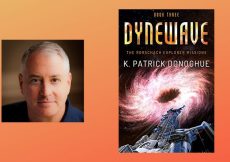 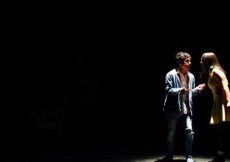 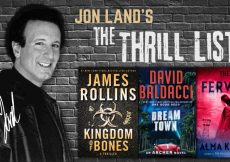 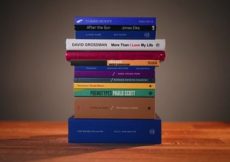