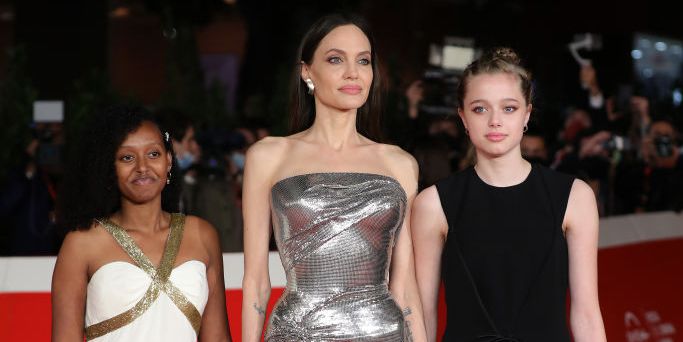 On Sunday night, Angelina Jolie brought her daughters to the 16th Rome Film Festival screening of her new film from the Marvel Cinematic Universe, Eternals. Jolie walked the red carpet in strapless metallic silver dress with a slight train that molded to her figure from Versace, looking like a “goddess,” according to Donatella Versace’s Instagram post. Jolie accessorized with large silver earrings that stood out from the long straight sweep of her hair.

At her side, sixteen-year-old Zahara wore a white Grecian-style dress with gold straps framing her décolletage, with her hair swept up on one side with a white pin. Shiloh, only fourteen-years-old, wore a black, knee-length dress and some casual yellow animal print kicks with her hair up 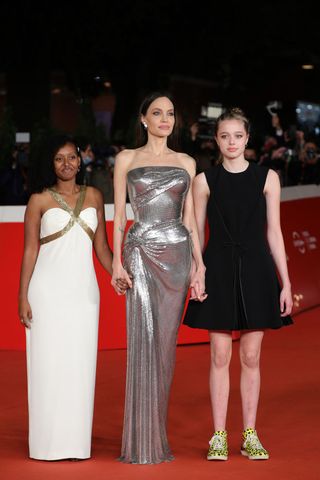 Earlier this month at the Los Angeles premiere, Jolie was joined by Shiloh, Zahara, and her children Maddox, who is twenty, and the thirteen-year-old twins Vivienne and Knox. Missing from the family group was seventeen-year-old Pax. At that event, Zahara actually posed in the dress her mother wore for the 2014 Academy Awards.

“My kids are all mixed with vintage, and in my old Oscars dress,” Jolie said. “We did all vintage and upcycled my old stuff.” 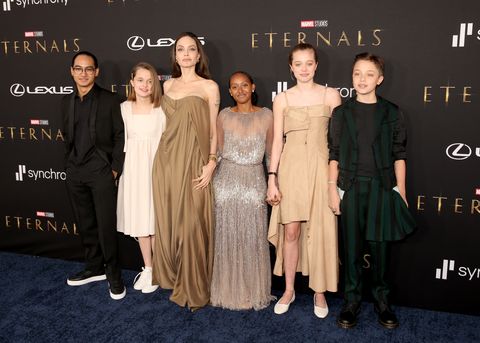 The film Eternals is about an immortal alien race that comes out of hiding on Earth, which is under attack by another group of aliens, the Deviants. It was directed Oscar-winner Chloé Zhao and in addition to Jolie, stars Kit Harington, Salma Hayek and Kumail Nanjiani. Jolie plays an powerful warrior named Thena. While promoting the film, Jolie told Extrain an interview that her kids have completely changed how she sees herself.

“I became a mother in my 20s,” she said. “I remember something happened to Mad[dox] when he was little; it was an injury and I was terrified, and I heard myself say, ‘It’s gonna be fine, it’s gonna be fine, it’s gonna be OK.’ I realized I had become the person that was always going to make everything OK, not the person that worries, that’s dramatic, that’s upset, that I have spent my whole life being in that darker space. It happens in a minute.” 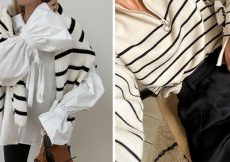 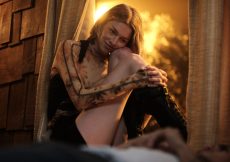 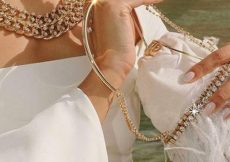 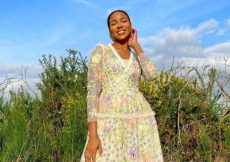 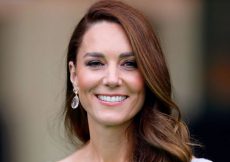 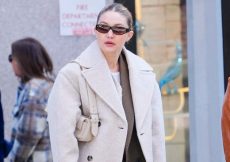