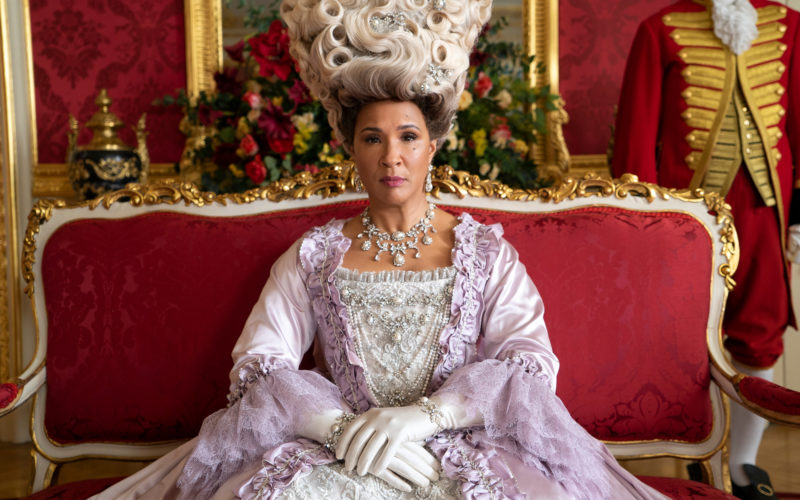 All hail the Queen and her sky-high hairstyles!

Dearest readers, the wait is nearly over. Bridgerton season two premieres this Friday on Netflix, and in the words of Queen Charlotte herself, we wish to be entertained!

Here’s what we know from the latest trailer: As per the book series by Julia Quinn, this season centers around the oldest Bridgerton offspring Anthony and his luxurious love triangle involving the Sharma sisters. Desperate to find the perfect Viscountess to his Viscount status, he quickly sets his sights on new Ton arrival Edwina (Charithra Chandran). Courting her, however, becomes a challenge as her older sister Kate (Simone Ashley) disapproves of the match. In a Pride & Prejudice-esque montage, the two appear to be engaged in a battle of wits but can’t seem to take their eyes off of each other — are you swooning yet?

We also get glimpses of the outspoken Eloise in company with a new cutie herself, and everyone’s favourite non-couple, Penelope and Colin, also share a few scenes. But besides the romance, what we’re here for are the iconic lines delivered by the even more iconic Queen Charlotte, delightfully played by Golda Rosheuvel. Besides being a total #mood, she has one of the most elaborate wardrobes we’ve ever seen (“Flawless, my dear”), filled with sky-high wigs, ornate corsets and bountiful bustles.

FASHION chatted with the Queen on what we can expect from the costumes of Bridgerton season two, what it’s like wearing a corset for 12 hours a day and how she walks in those insane wigs. 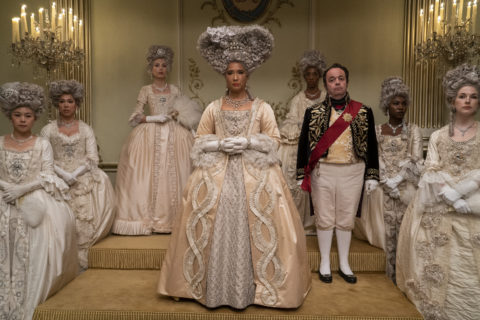 Absolutely. I can’t wait for the world to see what Erika Okvist, hair and makeup designer and [costume designer] Sophie Canale have created for season two. We’re bringing the fabulous and some iconic looks.

Last season, The Duke was known for wearing red, and of course, the Bridgertons are famous for their blue. What colour would you say represents the Queen?

All the colours of the rainbow! There is nothing she will not wear.

How long does it take you to get into your full costume?

Depends on the day but on average two hours.

How do you manage to wear these extreme wigs? Walking must be such a struggle! 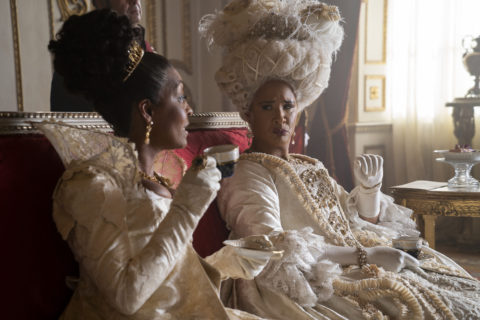 Also depends on the wig. Season one was sometimes tricky; they were works of art created by Adam James Phillips. In season two, we have the brilliant Erika Okvist and Emma Ridley creating the masterpieces. I get to be involved and collaborate with them, and this season you will still see the works of art we know and love but also pieces that have been tailored and carefully crafted to carry less weight for me on a day’s shoot.

What’s the heaviest wig  had to wear (so far)?

There’s a beautiful one in season two, which was especially magnificent and heavy.

What’s been your favourite outfit to wear? 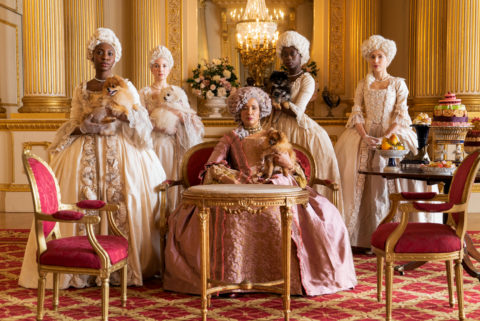 They are all so glorious, but I love the pink look from season one, where I’m holding one of the poms. But some great ones are coming for season two!

What’s been the most challenging outfit to wear?

I remember looking up how to wear a corset (I’m double corseted in the show ) and found this quote [online]: ‘When you wear a waist trainer, it pushes on your organs. They may shift positions or experience reduced blood flow, which can affect how well they function. If it goes on for a long time, this damage may be permanent.’ Thankfully, nothing has happened, but it makes you think what women had to go through in those times.

Have you had any corset mishaps? 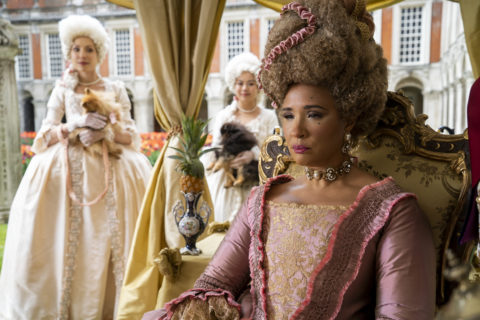 Luckily, I have the most amazing dresser I trust completely to keep my organs safe, so no.

Are there any gowns/hairdos that you hope to wear in the future?

Erika has such a beautifully creative mind, and I’m not afraid to push the boundaries, so we have so much fun coming up with ideas to pitch. Long may it continue! 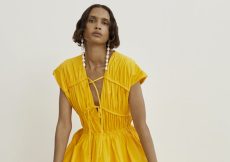 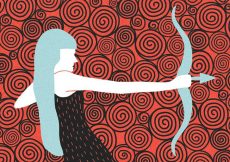 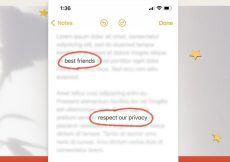 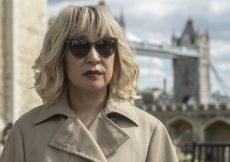 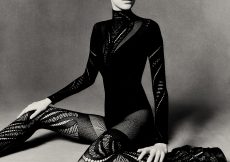 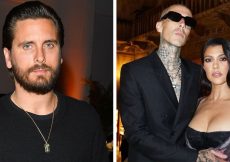