On the phone, on the computer, or on film, horror has been X-rated in the best possible way. 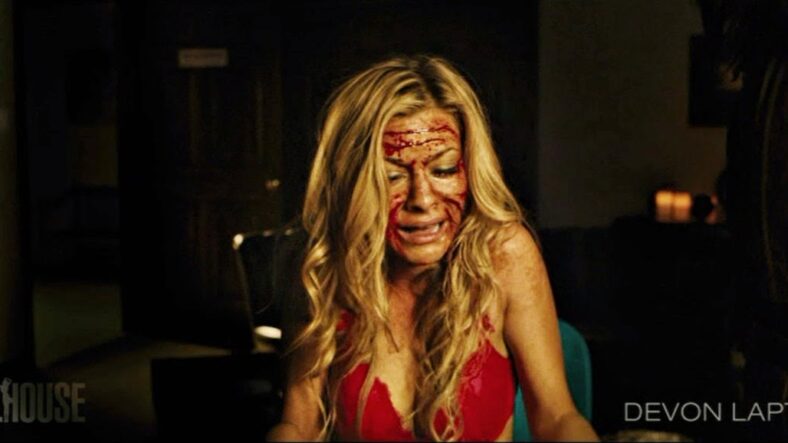 Sex and horror go hand-in-hand, the most unlikely (though really likely) of bedfellows. Resultantly, the slasher heyday was abounding with metatextual evaluations of horror movies’, especially slasher movies’, sexual underpinnings. The guiding theory, at least in the 90s, was that sex in horror was a morality play; it was an opportunity to reflect traditional societal norms that hedonistic sexual urges were prerequisites for death.

Randy Meeks (Jamie Kennedy) says as much while he delineates the horror rules in Wes Craven’s 1996 masterpiece Scream. In his words, “you can never have sex”. Entire books and dissertations were devoted to the phenomena and its subsequent impact on shifting moral prerogatives and attitudes toward sex. Though, it’s worth noting that the icons of the genre, including John Carpenter, vehemently deny the moral imperative of virginity was a conscious imperative. More than anything, sex was simply a way to easily isolate a victim, render them vulnerable, and then have the big bad move in for the kill.

Reignited by the release of Ti West’s X, the discourse has been muddled. Ostensibly, X subverts expectations in treating sex not as a moral failure, but as a celebratory, though ephemeral, manifestation of youth and vigor. Even colloquial church mouse Lorraine (Jenna Ortega) is beguiled by the pornography shoot at X’s center, asking to join in at the halfway point. In other words, X celebrates sex. While its eventual victims are killed on account of it, it’s not in the way audiences might think. Yet, it’s only ostensibly true that X flips the script.

Though no less refreshing, X isn’t the first horror movie to celebrate sex. More broadly, it’s arguable that the horror genre writ large never punished it to begin with. Dense and diverse, the genre itself isn’t immune to sloppy or cruel depictions of the “sex equals death” mantra. But writ large, sex has always been an extension of the genre’s wickedly subversive, trailblazing attitudes. It’s also not the first slasher to center on sex workers in its narrative. Trevor Matthews’ 2014 indie slasher Girl House, though not quite as accomplished as X, endeavored to do just the same thing.

Following a prologue detailing the sexual humiliation of Girl House’s eventual killer, the audience is introduced to Kylie Atkins (Ali Cobrin). She’s a cash-strapped coed talked into joining Hugh Hefner-parallel Gary Preston’s (James Thomas) online pornography platform, Girl House. Kylie is brought to the house, a sprawling rural mansion equipped with over 50 cameras to track the minutiae of the girls’ daily lives. Of course, there’s the added benefit of frequent sexual exploits on camera. It’s a quasi-Big Brother striptease. However, Preston does assure Kylie the house’s location is untraceable to keep the girls safe from any virtual creepers. Of course, Preston’s excessively eager interest in just how safe Girl House is immediately cues the audience into the inevitability it isn’t quite as secure as Preston contends. Sure enough, Loverboy (Slaine) soon finds his way there, angered by a perceived slight from Kylie, his favorite cam girl.

Girl House feels almost tailor-made to be exploitative. It’s a movie with as much interest in naked women as it is in practical gore effects and jump scares. Only, it consistently surprises while resisting its baser instincts. Granted, there’s no shortage of nudity. But the rounded-out cast of Girl House, including Chasty Ballesteros and Alice Hunter, elevates the more conventional elements. They ensure the movie never devolves into cheap exploitation. The stars of the house are simply looking to make money with their endowed gifts and there’s nothing wrong with it. Other than some misguided skepticism from Kylie’s boyfriend, Ben (Adam DiMarco), the sex work is organic, no less valid a profession than anything else. In other words, it celebrates sex work, no differently than X does.

However, when the slashing starts in earnest, some early goodwill is lost. Unlike X, Girl House leans hard into brutal, stylized kills. Make no mistake, X is plenty gory. But X is less interested in staging its death as set pieces than it is delivering them with blunt, practical impact and moving on. Worse still, the deaths in X are equitable. Girl House, though, is principally concerned with tormenting and brutalizing women. Their deaths feel especially icky given the gender swap of the movies’ respective antagonists.

Where most deaths in X are committed by a woman, the deaths in Girl House are the result of a terrifyingly entitled man. He’s a man who treats women as currency. He perceives the virtual women of Girl House as commodities to be bought—quite literally, given the site’s option to reserve private time with them—and not as people in themselves. Like the early work of Rob Zombie, the relationship between sex and violence is, at times, sloppily handled. This imbues Girl House with a late-game, queasy quality.

Still, the cast shines, and their distinct characterizations do a lot to bulwark Girl House against the worst of what exploitation slashers often offer. Which is to say, long before X, and even longer before Girl House (see Out of the Dark, a Karen Black slasher vehicle about phone-sex workers), the horror genre has celebrated sex. There’s been a concerted filmic deconstruction of horror’s ostensible ideals. The slasher genre is full of entries that work on levels beyond punishing characters for having sex. Sex is an organic, natural part of life for most, and the horror genre has never shied away from celebrating that. On the phone, on the computer, or on film, horror has been X-rated in the best possible way. 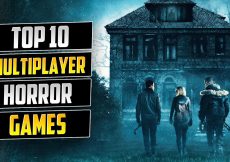 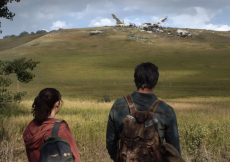 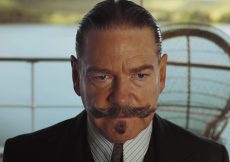 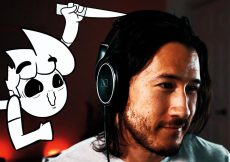 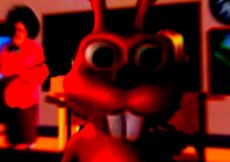 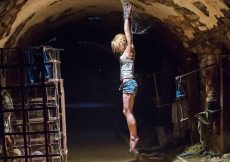