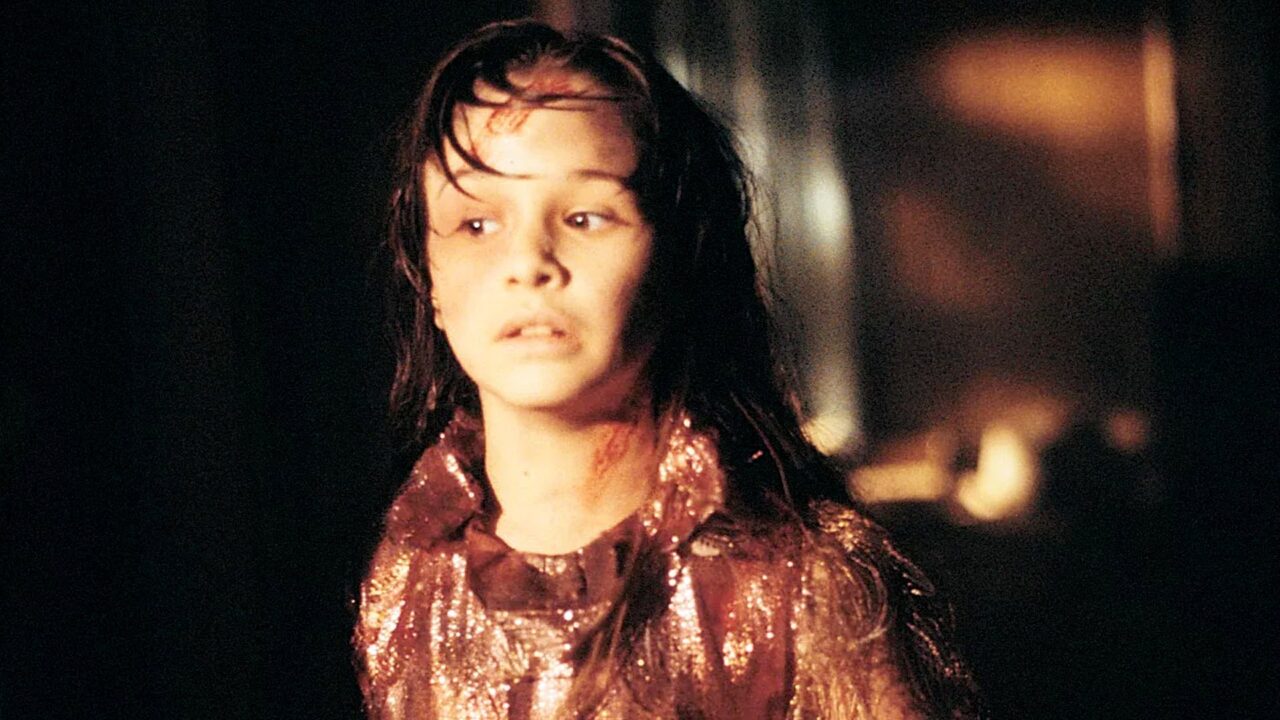 We are all Jamie. 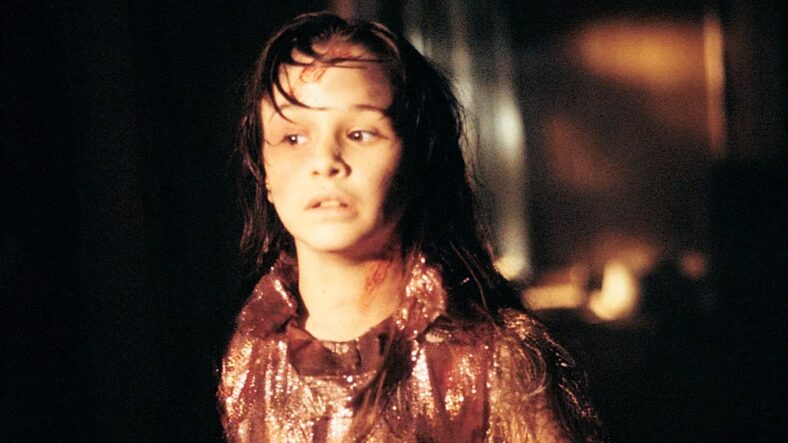 Week 2 of the Final Girls of the Fifth Entry puts the focus on one of the youngest final girls in the history of horror. She survived the reign of terror at an even younger age in the fourth entry, only to be put to the test, again, in the fifth entry. One of the biggest juggernauts of horror franchise history is what she was put up against. That final girl is Jamie Lloyd (Danielle Harris) of Halloween V: The Revenge of Michael Myers (1989).

More than twenty years of age separate Jaime from the previous Final Girl of the Fifth Entry, Pam. Their stories are entirely different. Pam entered upon her entry with no prior connection to Jason. Jamie enters her altercation with Michael Myers due to her bloodline, the primo cause of the shenanigans throughout every timeline of the Halloween franchise.

In this particular timeline, Jamie is the daughter of Laurie Strode (Jamie Lee Curtis) from the first two entries of the franchise. Per Halloween 4: The Return of Michael Myers (1988), we are led to believe that Laurie and her significant other passed away, leaving Jamie an orphan. This leads her to be in foster care during the events of Halloween 4. Halloween night of 1988, Jamie attacks her foster mother, stabbing her with a knife moments after being pursued by Michael Myers. This leads to the beginning of Halloween 5 where Jamie is in a children’s hospital dealing with her emotional trauma.

29 years prior to Halloween (2018), the franchise was already dealing with the effects of trauma. Instead of it being with a woman who has dealt with her altercation with Michael 40 years ago, we are seeing the effects of a previous year on a nine-year-old. This is where Jamie differs from most final girls. She’s too young to have already escaped the hands of a murderous family member. Jamie is now dealing with the torment of having escaped the hands of her murderous uncle, as well as having given in to this temptation of evil, and almost brutally massacring her foster mother. Her trauma from the fourth entry pales in comparison to what she’s about to endure. 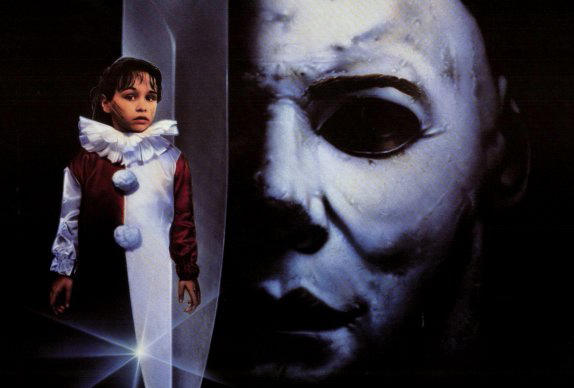 Isn’t trauma what the Halloween franchise is all about, though? Jamie Lee Curtis’ repetition of that mode of emotion for the requel and its sequel made that quite clear. It’s rare that anyone has taken a moment and focused on the trauma that befell Jamie. This is especially true in the fifth entry.

Jamie begins Halloween 5 in the aforementioned children’s psychiatric hospital. Due to the previous year’s events, she has become unable to speak her emotions, not even to her foster sister, Rachel (Ellie Cornell), Dr. Loomis (Donald Pleasance), her new friend via Rachel, Tina (Wendy Foxworth), or the resident kid who has a crush on her, Billy (Jeffrey Landman). These fellow allies as well as the hospital staff are outsiders, unable to truly understand her trauma.

Also Read: The Bangs Are Back: Kyle Richards to Return in ‘Halloween Ends’ 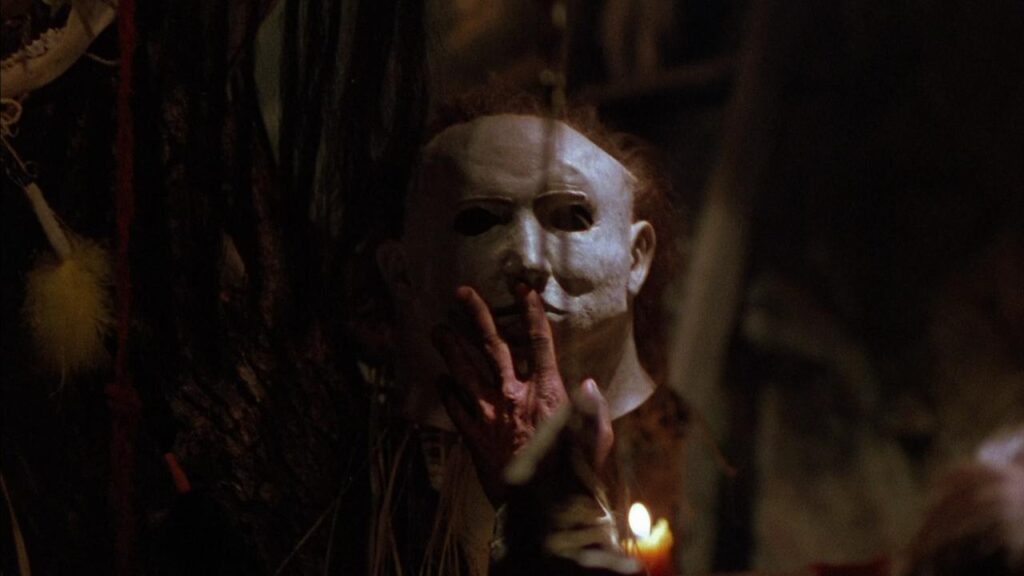 Per this new entry, it’s revealed that she enters a seizing state due to a psychic connection with Michael. She knows when he’s revived, and she knows when he’s up to his murderous ways via images shot to her brain. When this happens, she seizes. Not only is she dealing with post-traumatic stress, but she’s also tragically privy to the resurgence of her uncle. This makes her aware of his every step, every decision, and every slice and dice to those who Jamie loves.

Those slices and dices aren’t just for random people. They’re for people whom Jamie loves and depends on. She has allies within the film. The first, and most notable, is her foster sister, Rachel. Rachel fought tooth and nail to protect Jamie in the previous entry. Here, she’s brought down by Michael while Jamie watches the entire murder occur. When Michael jabs a pair of scissors into Rachel’s chest, it’s as if Jamie is doing it herself. Being able to look through Michael’s eyes and psyche, the death of one of her most loved ones is the worst moment she’s yet to experience. But, Jamie holds onto hope that what she’s seeing isn’t the truth. She’s unable to comprehend exactly what is happening to her as when it happens, she enters a state of seizing. 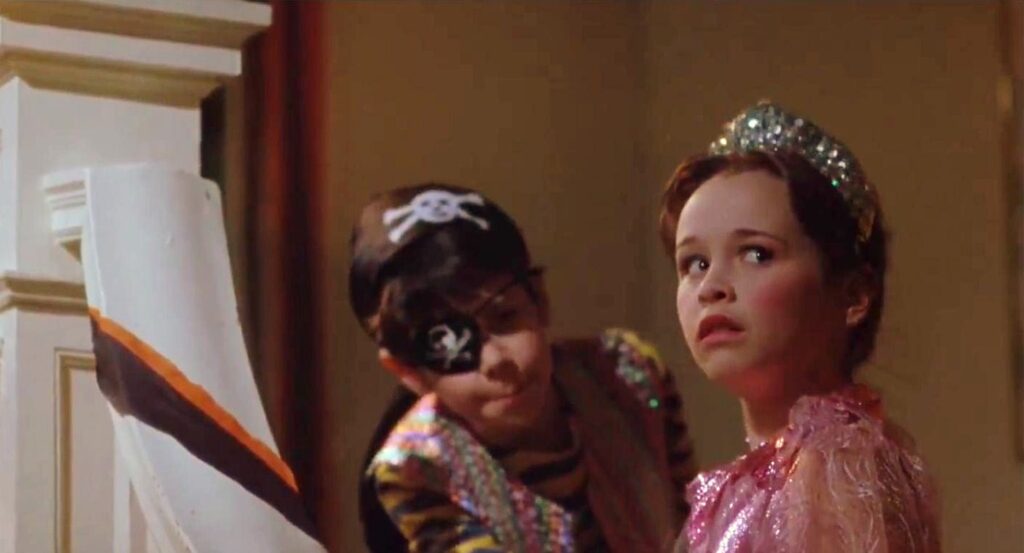 Danielle Harris in Halloween V: The Revenge of Michael Myers

Yhe ounce of childhood optimism that still resides within Jamie gives her hope. It helps her believe that Rachel survived the attack. It’s when Jamie actually watches Tina die that the reality of the situation settles in; what she’s been experiencing could mean the end of those she loves. The death of Tina occurs during the first attack Jamie has with Michael. It’s an intense scene involving Michael driving a car through a cornfield in pursuit of Jamie, Tina, and Billy. It’s one of the film’s best set pieces. But it’s also the beginning of Jamie’s true onslaught of trauma within the film. She has to worry about Tina and Billy’s safety as well as her own while being pursued by a loud ass car through a cornfield. Could you imagine being put through that sort of situation as a nine-year-old?

In addition to being pursued by Michael, Jamie ends up having to deal with Dr. Loomis. I’ll just be honest with you, Dr. Loomis is an absolute dick in this film. I totally get that he’s hellbent on capturing or destroying Michael. But the amount of times that he puts Jamie in harm’s way to do so is disgusting. He knows that she is Michael’s sole intent, and he uses that to his advantage.

Loomis believes that Michael is pursuing Jamie to end the reign of the torment that’s followed him for the past decade. Putting an end to Jamie would put an end to the murderous rage within Michael, or so Loomis believes. So Loomis places Jamie in the Myers’ house to lure Michael to the setting of his first murder with the hope that whatever rage—or trauma—Michael has inside will be cured. Loomis put nine-year-old Jamie in harm’s way to satisfy a clinical response that he believes in.

This is my ultimate gripe with the character of Dr. Loomis. He manipulated a 9-year-old —a person that he knew was Michael’s endpoint—so that his personal vendetta could be accomplished. This adds another layer to Jamie’s trauma. She’d been through enough already. But to see her get manipulated by a grown man so that their personal gripes could be accomplished was bothersome. Granted, that vendetta was to end the reign of Michael’s massacre. But he put a young individual in ultimate harm’s way to do so. 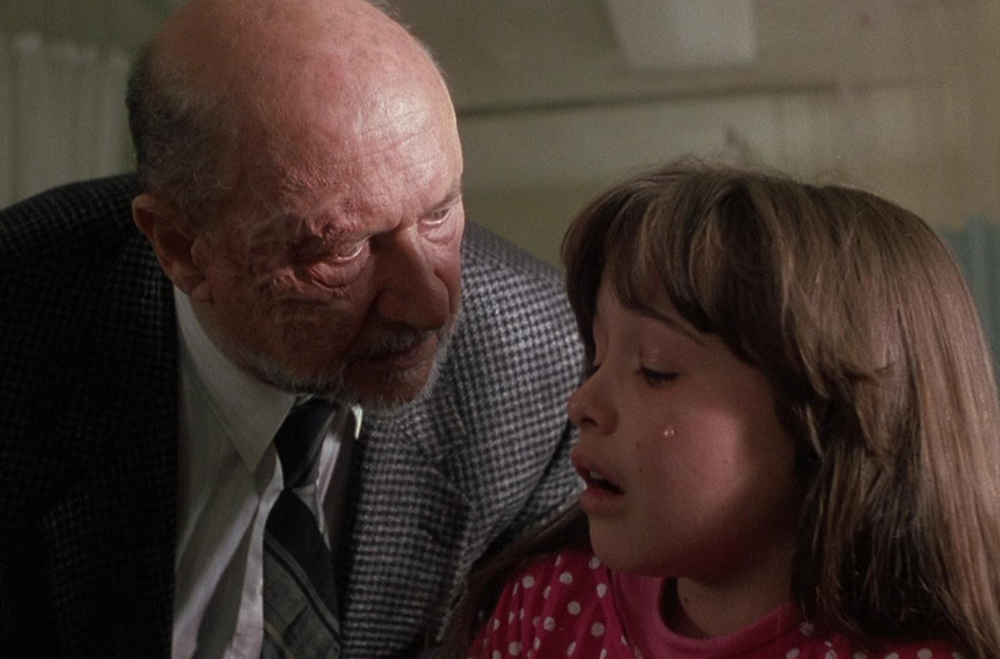 To be as young as Jamie was, and to experience what she had experienced within a year’s span, is what makes Jamie a primo fifth entry final girl. Forgive the quality of the Halloween V, and look deeply into Jamie’s plight throughout the film, and there’s a lot to be said about generational trauma. To place that trauma on such a young character is a place that is hard to endure. A very young Danielle Harris gave her all in her performance.

Say what you will about the annoyance that is Tina, the disgrace that was Rachel’s demise, and the absurdity of Donald Pleasance’s performance as Dr. Loomis, but Harris’ performance as Jamie was primo final girl power. At such a young age, the psychology of going through her character’s psychology had to be detrimental. Harris was able to pull that off exponentially.

Consider one of the film’s most pivotal moments: the laundry chute scene. Jamie hides in the bottom of the laundry chute after being pursued by Myers throughout his childhood home. Once Michael corners her within the chute, he stabs into it repeatedly, narrowingly missing Jamie multiple times. That scene is infamous within the Halloween franchise due to its brutality and the fear it evokes. We know that Jamie will be spared. How could a final girl who is a kid be killed off? But the terror emoted from Harris as Jamie during that moment is enough to send someone into a spiral.

A spiral is what Jamie endures through the fifth entry of Halloween. She’s a kid. She handles the fourth massacre of Myers with the power of someone twice her age. It’s a shame that her character was given such a pass in Halloween VI: The Curse of Michael Myers (1996). But I will always stand by the theory that the Jamie killed by Myers in that film was a pawn planted by the Cult of Thorn. But the Cult of Thorn is a topic for another column. 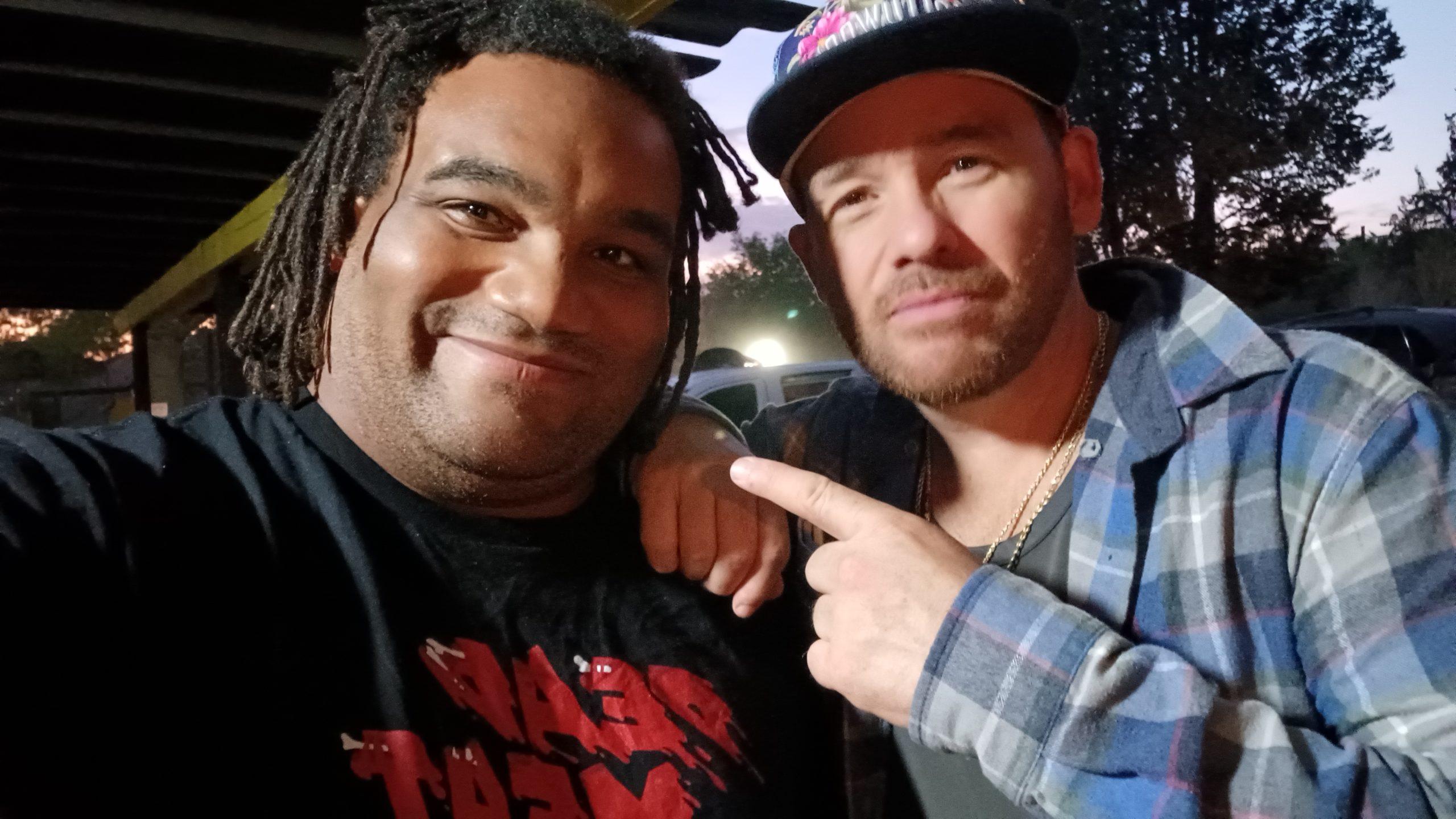 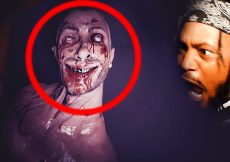 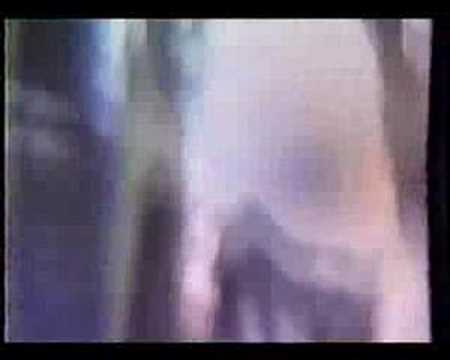 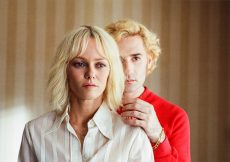 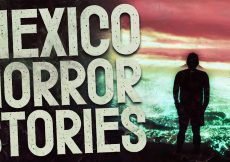 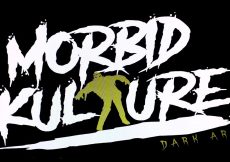