Tyler Perry’s Madea franchise is back with A Madea Homecoming, which is now streaming on Netflix. The comedy doesn’t shy away from important topics and focuses on the graduation of Madea’s great-grandson, played by Brandon Black, who also decides to come out as gay to his family.

“Madea’s back — hallelujer! Tyler Perry returns with everyone’s favorite character in A Madea Homecoming, the newest film in the Madea franchise set to debut on Netflix. Writer-director-producer Perry stars in the film that centers around Madea’s great-grandson’s college graduation, though the celebratory moment hits a halt as hidden secrets and family drama threaten to destroy the happy homecoming,” says the official synopsis. “The film features all-stars of the Madea franchise, including Tamela Mann (Cora), David Mann (Mr. Brown), Cassi Davis Patton (Aunt Bam) as well as a guest appearance from iconic Irish actor Brendan O’Carroll, who matches Madea’s comedic prowess as Agnes Brown.”

ComingSoon Editor-in-Chief Tyler Treese spoke with A Madea Homecoming star Brendan O’Carroll about working with Tyler Perry, bringing Agnes into the world of Madea, and more.

Tyler Treese: I wasn’t expecting to see so much of Agnes in the film. How did this collaboration come about?

Brendan O’Carroll: It’s been something we’ve been talking about, Tyler, for about five years. We FaceTime each other at least once a month and keep in touch, and while we’re doing it, we’d be riffing as Mrs. Brown and he’d be riffing as Madea and we’d go, “Oh wouldn’t that be sensational? We’d put that in a movie.” And it was one of those conversations that brought up the knickers and the bunch. That came out of a conversation that we were having on the line, and we both wrote it down and said, “This would be so funny. We gotta get this in somewhere.”

Then when, when Madea retired, I thought, “Well, that’s gonna be the end of that.” But he came back to me and said, look, he said, “Just the last two and a half years have been just so sad for people. So, so frustrating. Let’s do something that will just make people laugh.” And bada bing, bada bing, there goes the movie.

How great is it just having another quick-witted comedian to play off of?

It’s such a relief because it takes the pressure off you, but as well as that, you’re also depending on his generosity to give you the space, you know, to be funny. And, I never doubted it for a moment that he wouldn’t do that. And, and we did, and that was the whole point. You know, Tyler, because you comment on entertainment quite a lot, comedians are competitive, you know, they really are. Tyler and I, we just hit it off. We both felt generous, you take this laugh, I’ll take the next one. Bah bah bam, bada bing. If I saw him starting on a riff, going off book, I’d just stand back and let him have it, and vice versa. He saw me starting on a riff he’d just stand back and let me have it. It was a match made in heaven.

The way the film ends they tease Madea coming to Ireland, or as she says “Iran,” but do you think we’re gonna see any more adventures of these two in the future?

I don’t know. It won’t be up to either Tyler or I. It’ll be up to the people like Netflix, how people react to this, and how the audience reacts to this movie, but I definitely think there’s more than one sequel in us. I mean, both of us could sit down and write an episode right now. We could write a movie right now about Agnes and Madea. We were earlier going on about Madea and Agnes going to Africa on a safari, looking for a hidden treasure or whatever. We could just be Agnes and Madea. If they were in two hospital beds beside each other in the hospital, it would be hilarious. You know, they just have it. They just have that laughter.

Yeah. They play off so well in the film. A big similarity between these two is that you’ve been these characters for decades. You know the in and out, you’ve done plays, TV, now film. How rewarding is it to see this character kind of stand the test of time?

Well, Tyler, the amazing thing is that neither of us were aware of the other. Because Tyler has a very specific audience in America, and in Ireland, when I started, I had a very specific audience in Ireland that spread then to the UK. it was Mrs. Brown’s Boys on TV that spread around to Australia, New Zealand, South Africa, Jamaica, and South America. Quebec would do a French version of it. Spain did a Spanish version of it. Romania did a Romanian version called Tanti Florica, where the guy who plays Mrs. Brown doesn’t even bother with the voice, he just goes [imitates Romanian Mrs. Brown in man’s voice].

But he was working with an Irish director who said to him, “Have you seen Mrs. Brown?” He said, no, about six years ago. He said, “You gotta look at this.” So he sent him some clips, and Tyler immediately called my agent, and said, “We gotta talk.” We sat down and talked. Not just on stage, but offstage [there] is a chemistry there that we both have great respect for each other and I find him hilariously funny. 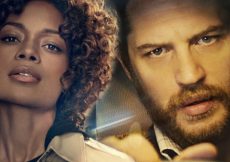 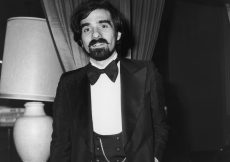 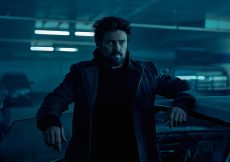 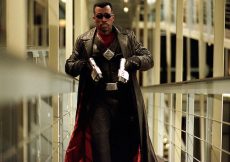 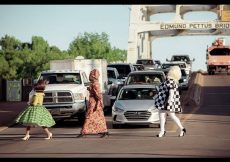 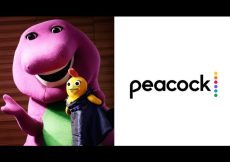