Would they carry on from Fantasy Island Season 1 Episode 8 and the hauntingly foreboding introduction of Elena’s angry spirit of a cousin? Or would it be a bridge episode to seed new plotlines for Season 2?

Delightfully, the two-hour special delivers a cleverly self-contained storyline as well as another that answers a question that spawned on Fantasy Island Season 1 Episode 6 about Mr. Jones. It even gives our core characters some permissions to move forward with in the future.

While the format of a typical Fantasy Island script could be categorized as procedural — following a set template of guest(s) arrive, fantasy happens, guest(s) leave wiser to live a better life — for Alison Holmes to request a fantasy that follows just as predictable a narrative is a genius kind of meta.

The “Festive Channel Christmas Movie” fantasy, complete with Mr. Right in a red plaid shirt, has become a known holiday trope to the point that some channels run nothing but these winter escapist rom-coms for the month of December.

And the reflexive exposition of Elena knowing and loving those shows because James did which then drives her to step into Alison’s fantasy, thus imprinting her memory of James on the scenario which then manifests Jake? Brilliant.

It’s part of the muddled magic of the Island that it can transport the real James into Alison’s fantasy and program him to believe he’s Jake until Elena kisses him.

I mean, what happened to James when the Island inserts him into the fantasy? Was he in the middle of a conversation with someone in Seattle and then suddenly disappeared?

It’s a similar concern to my thoughts on Fantasy Island Season 1 Episode 7, where Isabel never returns to her real life, instead, living out her days in the past with the author she fell in love with through reading.

Mind you, swapping the rugged country inn heartthrob for the smarmy corporate city boy is a nice twist on the classic tale.

If there’s a unifying theme to the special, it’s one of finding that which has been lost or missed.

Alison missed out on the perfect Christmas experience, raised in a cold and corporate-obsessed family environment.

I sell family — joy, love, sparkle-sparkle? But, in my own life, I’ve never had any of that. My childhood was cold. Photo ops, not feelings. I don’t remember having one truly merry Christmas.

Richard lost touch with the physical endeavors of his childhood and youth when he looked to become a corporate executive.

Nothing helps make things clearer than a little physical labor

Mr. Jones ran away from his life. His wife lost her husband.

Even among the Island’s residents, the thread of finding things is strong. Ruby finds the phonograph needles Mel saved and gifts them to Dr. Gina. Javier finds the chair the O.G. Roarke sat in and restores it for Elena.

And, of course, Elena lost James when she chose the Island, and he missed getting closure for their relationship because he never thought it was for good.

Going back to the guests, Nathan finds the proof that Tony ruined his invention after he thinks he’s lost Maya forever.

Mackenzie Astin gets a gold star for retaining Mr. Jones’s head tilt behavior after getting his people legs back. The shaggy haircut also goes a long way in seeing the man for the dog he once was.

Furthermore, Geri-Nikole Love does a phenomenal job emoting to her dog-husband. It can’t have been easy trying to two-hand a scene with a four-pawed partner.

The Nathan-Maya relationship shows the power a solid foundational love has to carry a couple through hard times.

It’s pretty amazing how large a spectrum of romantic relationships is represented here.

At one end, there’s the giddy, flirtatious romance that begins to blossom between Alison and Jake in her fantasy. That eventually pales in comparison to the positive partnership she recognizes with Richard.

Alison: Weirdly, even though things are topsy-turvy, I’m having fun. It might not be the perfect Christmas I imagined, but maybe it’s the perfect Christmas for me.
Elena: So Richard is not spoiling it?
Alison: I thought he would, but it turns out there’s kind of an advantage to us working together. I mean, he sees me everyday. He knows what’s important to me. And he just gets me in a way other people can’t.

Elena’s relationship with James is one of deep, affectionate nostalgia, while what she has with Javier is rooted in who she is and what she does now.

Ruby’s feelings for Dr. Gina are clearly intense enough to make her worry about expressing them.

You know, I was actually talking to Elena about this. How you can go along in a groove and then you get dropping into a new one. You keep playing those songs until [music stops] that happens. And sure, it takes a while, but then the new song starts it is just wonderful.

I love that they finally connect over music that Mel’s needles helped make happen.

The Island’s connection to Ruby becomes simultaneously more mystical and more tangible as it communicates with her through her tattoo.

With Elena as distracted as she was by James’s return, it’s no wonder that Ruby’s connection became the more vital one to keep Nathan and Maya safe when Tony crashed their fantasy.

I think I might miss having Mr. Jones around, but if it means more Segundo screentime, I’ll be content.

One minor quibble I have is that in a true Secret Santa event, the Santas stay secret. I loved the gift exchanges. Well, except Dr. Gina, thinking planes have rearview mirrors. So, four of the five gifts were super touching ones.

But Secret Santas don’t get to take credit for them. Just my two cents on that.

Did you get a double dose of holiday jollies watching Fantasy Island online?

Will it be enough to tide you over until Fantasy Island Season 2 premieres?

Hit our comments with your thoughts on the Fantasy festivities! 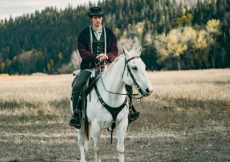 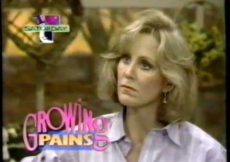 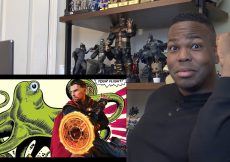 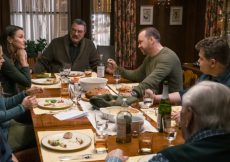 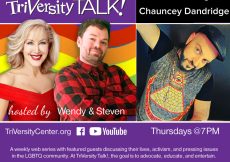 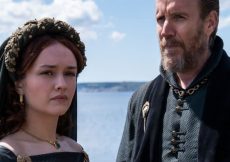