This heist drama has it all: a motley crew of thieves, revenge, family drama and, best of all, the meticulous planning of a big score to break into an impenetrable vault. It doesn’t hurt that the mind behind it, Leo Pap, is played by Giancarlo Esposito (Breaking Bad), a master of the calm and cunning.

The story of Netflix‘s Kaleidoscope unfolds in an unusual way: Viewers can watch each of the first seven episodes, which cover 25 years of scheming, in any order; the finale will always be the actual robbery.

“It’s not only a heist; it’s a setup,” Esposito explains. Pap has a vendetta against the vault’s owner, wealthy Roger Salas (Rufus Sewell), who wronged him. But, the actor warns, “Nothing good ever comes behind vengeful thinking and vengeful action.” (He’s played enough ruthless characters to know.)

Salas’ protégée Hannah Kim (Tati Gabrielle) is also key. She’s on the team working to design and secure the vault. “Hannah has her own motives that can skew her loyalty and alliance to Roger at times and change the way she looks at the things he has done for her,” Gabrielle tells us of the man who took Hannah in and is her pseudo-father-figure.

“She’s the brain, I’m the brawn,” Courtney says of the married couple who can’t keep their hands off each other, which results in some jealousy from another team member.

Check out this video for more on Kaleidoscope from Esposito, Gabrielle, Elbay, and Courtney. The question isn’t just whether they will get the money — will they get the personal resolution they need to enjoy it all? 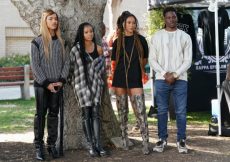 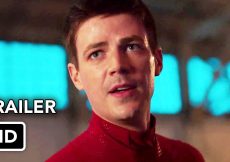 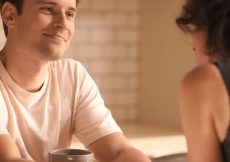 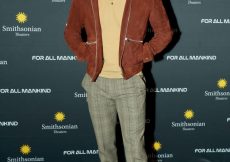 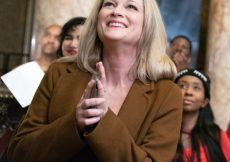 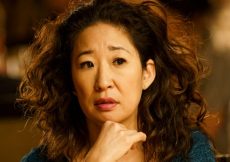