Plot twists are at the core of every modern drama, but they can’t all be a great Shyamalan twist.

2021 held our attention with many plot twists, but some were better than others (and some were worse).

The staff here at TV Fanatic have gathered the best (and worst) plot twists from this year!

Can you think of any others that should’ve made our list?

Check out our list below and let us know!

That Kate and Toby end up divorcing some time in the near future on This Is Us wasn’t the biggest shock.

Although the couple is currently in sync, they’ve hit several rough patches over the years. But the moment that made our jaws collectively drop from that season 5 finale flash-forward was realizing that Kate will marry Philip!

We still can’t quite wrap our heads around how Kate goes from being married to Toby and raising their two children to marrying the guy who started off despising her, but we’ll be glued to our screens watching This Is Us Season 6 to find out.

Worst – Queen Sugar – Too many twists?

We were floored when Nova found out that Calvin was not only one of the cops that beat Andre all those years ago; he was the one who gave the blow that broke Andre’s back, leaving him paralyzed.

As Calvin finally came clean with his fianceé, his regret was far overshadowed by Nova’s devastation. And then, in another twist we didn’t see coming, Calvin turned himself into Internal Affairs. But this is where one of the best plot twists turns into one of the worst.

What happened next? It’s been an entire season since Calvin walked out Nova’s door in cuffs, but besides Nova admitting that they’re over as a couple, we have no idea what’s happened to Calvin!

Is he free and living elsewhere or sitting in prison? Were the other officers involved held accountable? With only one more season of Queen Sugar left, we’re hoping the series will give us some answers before it’s done.

La Brea pulled off a massive twist by showing that Gavin Harris was the young boy in the sinkhole.

He needed to go through the 1988 sinkhole, or Gavin would never meet Eve, and Josh and Izzy would disappear from this world

The writers for La Brea came up with a brilliant first season with many twists, but this one blew our minds!

Worst – In the Dark – Best Friend For Never?

While the second season of In the Dark, which also fell in 2021, was chocked full of great twists and turns, the third season’s finale was frustrating.

After spending roughly the entire season with Murphy searching for her best friend, wondering if she was alive or dead (narrowly missing her), Murphy found Jess working at a pet store.

Jess knew Murphy was looking for her the whole time, but she willingly kept her whereabouts a secret to get space and cut ties with her toxic best friend.

It was her chance at freedom from Murphy. The most enraging storyline made the entire season feel like a waste of time.

There were so many twists and turns in this short series that it’s challenging to choose the best one.

When Mare realized where the murder weapon came from and that her actions had inadvertently covered it up — that was the twist that left us gasping.

Watching Mare, stoic yet devastated, deliver the horrifying news sent us spiraling as much as the characters whose lives would forever be changed.

For an inexplicable reason that we’re still scratching our heads about, someone thought it was a bright idea for a Wyatt Long redemption story arc in season three. As one of the resident town racists, no one was interested in this character becoming a better person or even taking any screentime away from an already bloated cast.

However, Rosa injected him with a memory wiper that somehow removed his racist inclinations, and we found out that Wyatt was a nice person and a good guy.

On top of that, they teased a romance between Wyatt and Rosa even though he tried to kill her multiple times, technically killed her sister, beat up her father, and racially harassed people for the better part of a decade with his historically racist family and friends.

It wasn’t a worthwhile plot twist, and it was an offensive story arc.

Mark’s (Invincible’s) dad, Omni-Man, is revealed to be a villain and kills the entire Guardians of the Globe team. He didn’t kill them quickly, no no, there were squished eyes, tons of blood, and (detailed) mushed faces.

The two-faced side of Omni-Man was a huge twist, but the insane level of gore shocked viewers everywhere.

The build-up was intense, and the payoff was a disappointment.

Maddie and her parents kept a secret from Buck for an extended period, and they teased us through most of season 4 with what it could be.

It ended up being that Buck was conceived to be a donor baby for his now-deceased older brother (which he didn’t even know about), which not only was unexpected but a disappointment.

Logan sells Waystar/Royco after enlisting his ex-wife and the mother of his three youngest children to cut their input.

Their ace in the hole was that they needed a supermajority, and Logan had them all fooled. Shiv and Roman were dumbstruck, but Roman took it the hardest.

That’s hard to fathom, given how Logan treats all of them. Kendall, though, was finally vindicated in trying to turn the tables on his old man. If only he’d had sibling support earlier, there would have been a different outcome.

It was a rough season of Virgin River for Mel and Jack. It felt like we barely got a chance to enjoy these two in their happy romance before they faced more issues that could, and did, rip them apart.

Mel wanted to have a baby, but Jack wasn’t ready for it since he was already expecting twins and fighting for rights against Charmaine. But after some strains in their relationship, Jack and Mel have reunited again, a solid pairing, and ready for the next stage of their relationship.

Unfortunately, Jack’s excitement over Mel’s pregnancy was short-lived when she followed it up by saying that she was unsure if the baby was his or not.

Mel is pregnant, but the baby could be Jack’s or her late husband, Mark’s child, and that’s how they left the season. Oof!

The best twist in Earp’s final season happened to be a combination of two twists.

Twist one: the return of Jolene. Possibly one of the most powerful villains to appear on the show, Jolene never means something good will happen.

Her master plan, however, is the darkest twist of all: Dark Angel Waverly. We knew Waverly was part angel, but we did not know she had a Dark Angel counterpart living inside her.

Did your favorite (or least favorite) make the list?

Let us know, and if you’ve thought of any others, let us know that too! 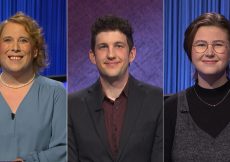 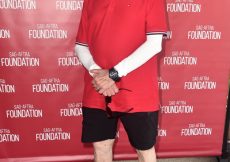 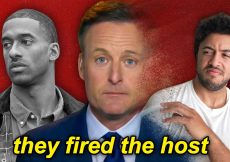 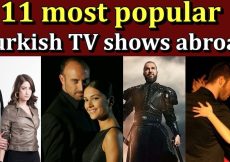 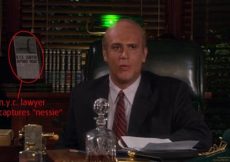