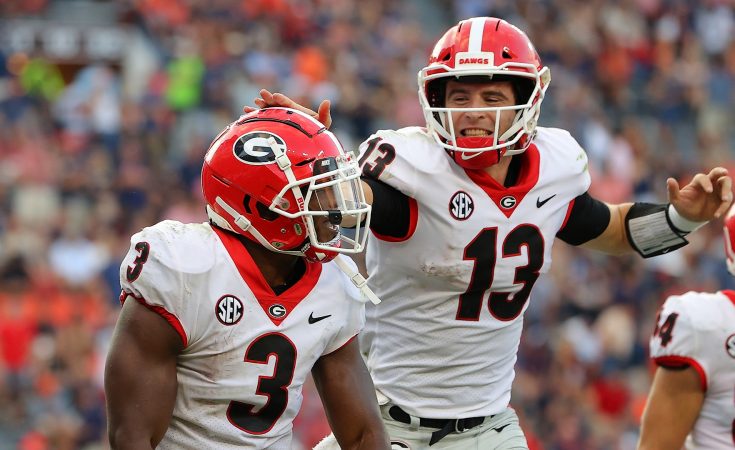 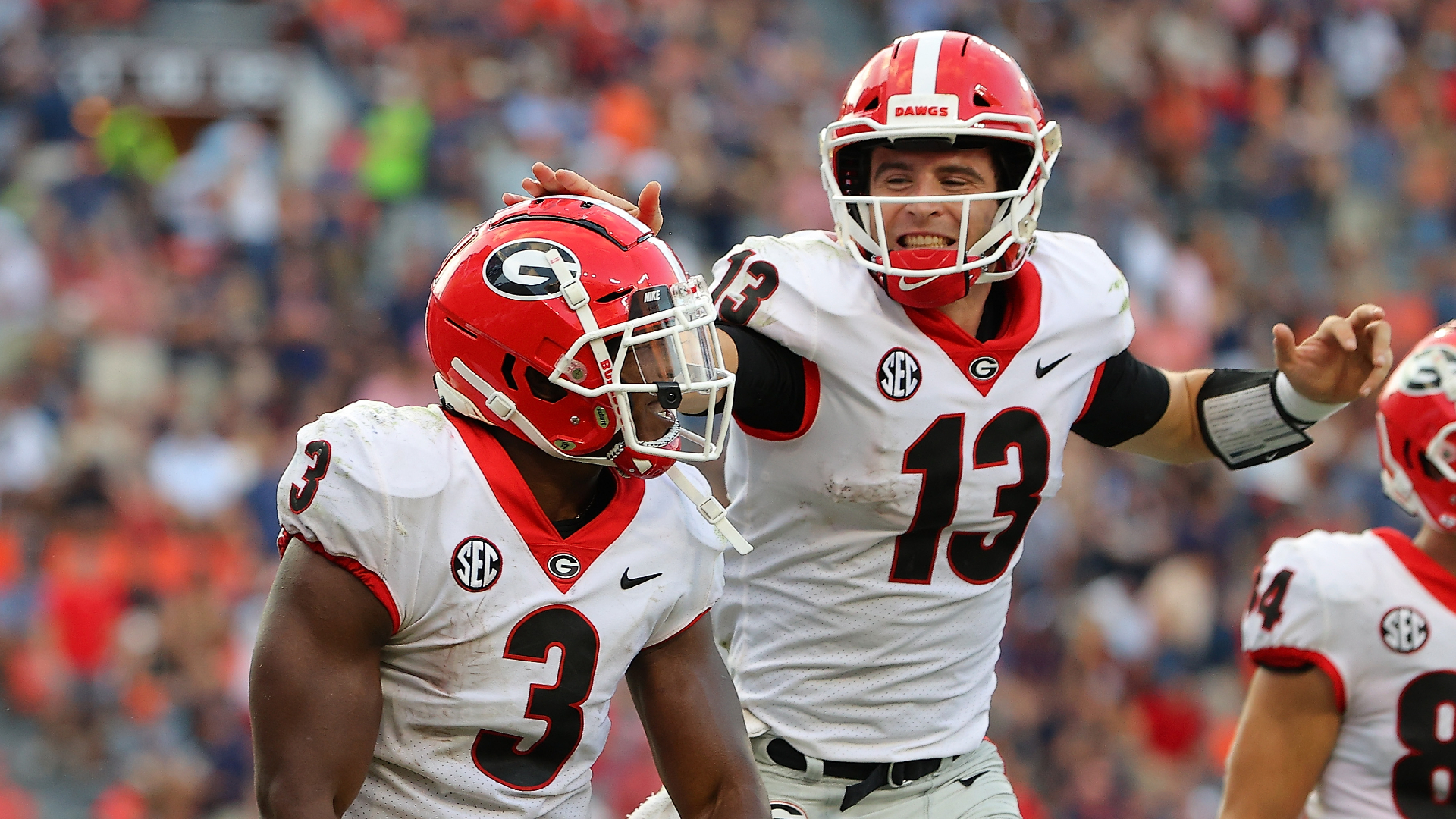 No. 2 Georgia meets Florida on Saturday in a SEC East showdown on Saturday.

Kickoff is scheduled for 3:30 p.m. at TIAA Bank Field in Jacksonville, Fla. The game will be televised on CBS. Both teams had bye weeks to prepare for the matchup.

Georgia (7-0) has a chance to be No. 1 in the first College Football Playoff rankings with a win. Quarterback JT Daniels (oblique) could return this week, but even if Daniels does not play, backup Stetson Bennett has played well in his place. The Bulldogs’ defense, led by SN Midseason All-Americans Jordan Davis and Nakobe Dean, ranks first in points per game (6.6) and yards per game (208.3).

MORE: Picks against the spread for every Top 25 game | Sorting out the Heisman race

Florida (4-3) is at a pivotal point in the season under fourth-year coach Dan Mullen. The Gators have three SEC losses, so they are more in a spoiler role now. Emory Jones and Anthony Richardson should both see time at quarterback, and the Gators beat Georgia 44-28 last season.

The winner of this game has represented the SEC East in the SEC championship game the last six seasons, with each team going to Atlanta three times. With that in mind, here is all you need to know about betting on the Florida-Georgia matchup:

— Georgia is a double-digit favorite for the seventh consecutive game. The Bulldogs are 5-2 ATS this season, and the under has hit in their last three SEC games.

— The favorite in this game has both won and covered the spread each of the last six seasons. Smart is 3-2 S/U against the Gators.

MORE: Four issues the CFP committee will need to address 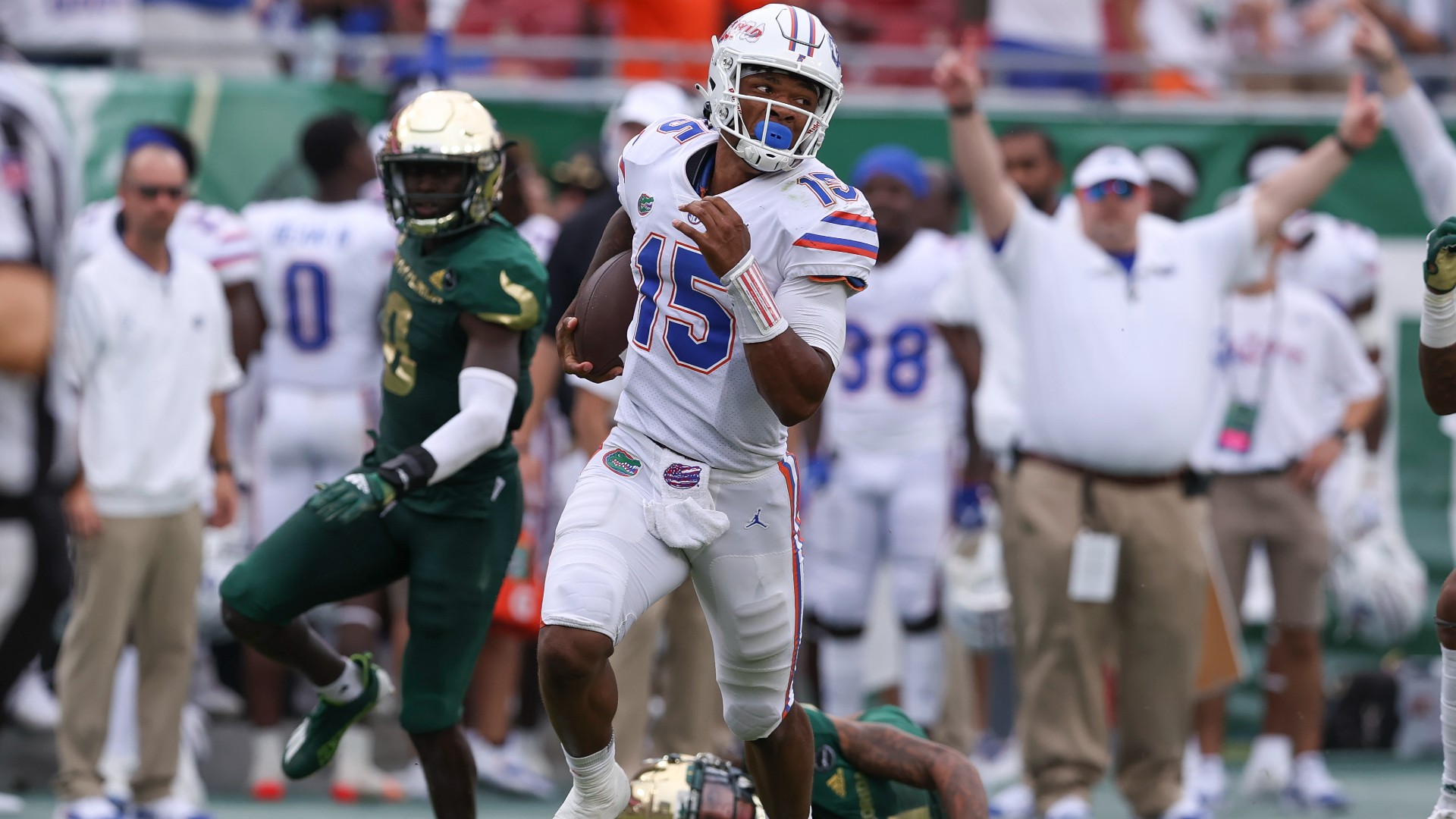 — Florida’s quarterback split. Mullen said this week the quarterback platoon of Jones and Richardson. While Jones is the more-experienced player, Richardson averages 12.4 yard per carry and would give Georgia’s defense something else to contain in the running game. The Bulldogs have allowed just 2.2 yards per carry this season. The drawback with Richardson is 56.7% completion percentage, and both quarterbacks have struggled with interceptions.

— Moving the chains. If the Gators want to have a chance, they need to sustain drives against a Georgia defense that has allowed 12 first downs per game. Malik Davis, Dameon Pierce and Nay’Quan Wright all average more than 5.0 yards per carry, but Dean, Jalen Carter and Adam Anderson have combined for 10 sacks and 15 tackles for loss. Florida has to stay committed to the running game, like it did against Alabama.

— Georgia keeps its identity. The Bulldogs have been content to grind out victories with Zamir White and James Cook, who combine to average 5.4 yards per carry and have scored nine rushing TDs. Tight end Brock Bowers has emerged as the go-to receiver with six TDs, and either Daniels or Bennett has maintained that efficiency. Georgia’s quarterbacks are completing 69.6 percent of their passes this season. That’s going to test Florida’s patience on defense, especially if Georgia can build a first-half lead.

The Bulldogs committed one turnover combined in three straight victories against Florida from 2017-19. Georgia quarterbacks threw three interceptions in last year’s 44-28 loss to the Gators, and Bennett was the starting quarterback in that game. If the Bulldogs’ quarterbacks protect the football, then Georgia should be able to control the game on both sides.

If Florida can score a TD in the first quarter, which hasn’t been done against the Bulldogs all season (they’ve allowed three first-quarter field goals in seven games), then this could be an interesting ball game. Georgia’s defense has allowed the offense to settle in after slow starts against Auburn and Kentucky. The Bulldogs take advantage of short fields and come out passing early, and White and Cook do the rest. Richardson makes a few jaw-dropping plays in relief of Jones, but the turnovers come on third-and-long. Georgia clinches the SEC East in style and is set up to be No. 1 in the first set of CFP rankings. 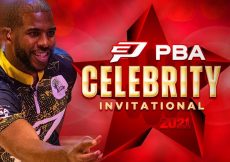 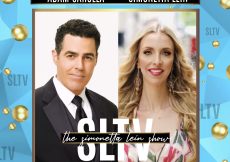