Dark evil “is simply too juicy a subject not to plumb — at your own risk, of course.”

So says Janet Porter, author of Free Rider (TKO Rogue), a complex and compelling debut sure to literally scare the hell out of its readers.

“Dark evil always has been a huge component of the makeup of the human species, from the dawn of time,” Porter says. “And that, of course, makes it a feature of my own aberrant, unfathomable subconscious (the collective and the personal).”

In the book, twin sisters who have lost both parents come of age in a seemingly idyllic atmosphere. But the evil that lurks behind that manicured façade threatens to engulf them both until one of the girls, driven to the edge of madness and beyond, decides to act to save them both.

Then all hell breaks loose.

In this recent interview, Porter provided more insight into her book and its themes.

Q: Where did the idea for Free Rider come from?

A: I suppose it emerged from the distant memory of navigating public transportation — either by day or in the wee hours. I don’t have a twin, but twins have always fascinated me, particularly the way they seem to be able to communicate, even when separated — almost like quantum particles have been shown to do — over great distances and (mind-bendingly) apparently faster than the speed of light. This phenomenon also exists in the shadow realm of dreams/nightmares, where time may literally run backwards. The nature of consciousness itself, with all its labyrinthine coils, is also a very compelling topic.

Q: Tell us about the twin sisters — the makeup of their characters and whether any real-life people inspired them.

A: Violet is the one who doesn’t rebel, because her stepfather has allowed her to have a horse, in order to keep her occupied while he engages in his nefarious activities.  Khalika, on the other hand, removes herself from this bubble of privileged corruption as she enters adolescence, living by her wits on the mean streets, forming the underbelly of the glitzy 80’s Manhattan. Violet thinks of Khalika as her savior and mentor, and she worships her, anticipating her visitations with great joy. The character was partly inspired by a friend who suffered from a certain condition which I cannot divulge without giving a big hint about what one of the interpretations of my novel might be.

Q: You grew up in New York City, the setting for the story, around the same time period for the story. How did that influence your writing?

A: It influenced it in every way imaginable.  Growing up without much money, surrounded by both opulence and degradation (sometimes existing in the same milieu), had a profound effect on me — so much so that it is difficult to separate this obvious fiction from my own experiences of that time and place, which is why this novel, to my mind, reflects the surreal nature of that experience that now exists only in my mind, and perhaps in a few photographs.

Q: What was the greatest challenge in writing this book? Perhaps the most difficult scene to construct?

A: The most diabolically difficult chore was organizational, e.g., timelines and such. I had a lot of help from an editor who gave me the key to turning a mishmash into a coherent (one hopes) story. Then, my husband, who has much experience writing professionally, albeit in a completely different area of expertise, proved immensely helpful when I was ready to burn the entire project and bang my head into a wall. He was also good at finding “clunkers,” although I’m sure there are a couple that slipped by. The most difficult scenes, but the most fun, were the bar scenes and the entire final act, which necessitated tying the entire premise together, and going for the necessary suspension of belief necessary to bring it to finality. Giving different characters distinct voices was a challenge, as was managing to show but not tell. It was quite a trip.

Q: What do you hope readers will take away from this book?

A: That’s a tough one. First, I hope it is just a damn scary read — one that makes the reader aware of the many ways we are driven to the brink by circumstances that may or not be in our control. One of the big questions is whether we have free will in any real sense — something brain scientists are wrestling with at the moment. All the larger questions are coming into sharp relief, as the existential terrors of modern life are leading us to a place best not contemplated. And yet, our best writers (Cormac McCarthy comes to mind) tackle these imponderables with great courage and skill. The truth is a slippery varmint, but you must strive to give your best version of it.

Q: What is your next project?

A: The working title is Whom the Gods, and I haven’t decided if it will be a small collection of short stories or a novella. It is based loosely on a person presently in the public eye, but is reflective of the present-day self-promoting, narcissistic, mindless barrage to which we are subjected by the unrelenting tsunami of tabloid journalism. The character, luckily, will never recognize herself, so I’m free and clear — I think. Janet Porter was born in Pittsburgh and immediately began trying to injure herself by roller skating over broken pavement. Subsequently, the family moved to New York City, where the family lived in a series of ramshackle apartments in the borough of Queens. Janet has no writing credentials except those of anybody who has processed the daily grind and decided to fictionalize it. That is not to say that every incident in this book is entirely fictitious; it is not. It is merely disguised to protect the guilty, of which she is one. She lives by the words, “Write the book you want to read.” Janet lives in the Siuslaw National Forest, with her accomplice, five horses, four dogs, two cats and a murder of crows. 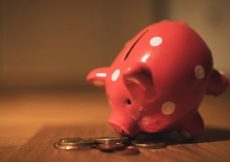 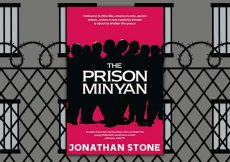 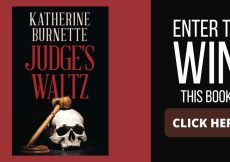 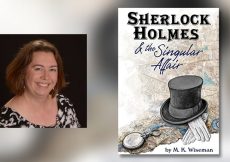 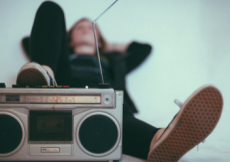