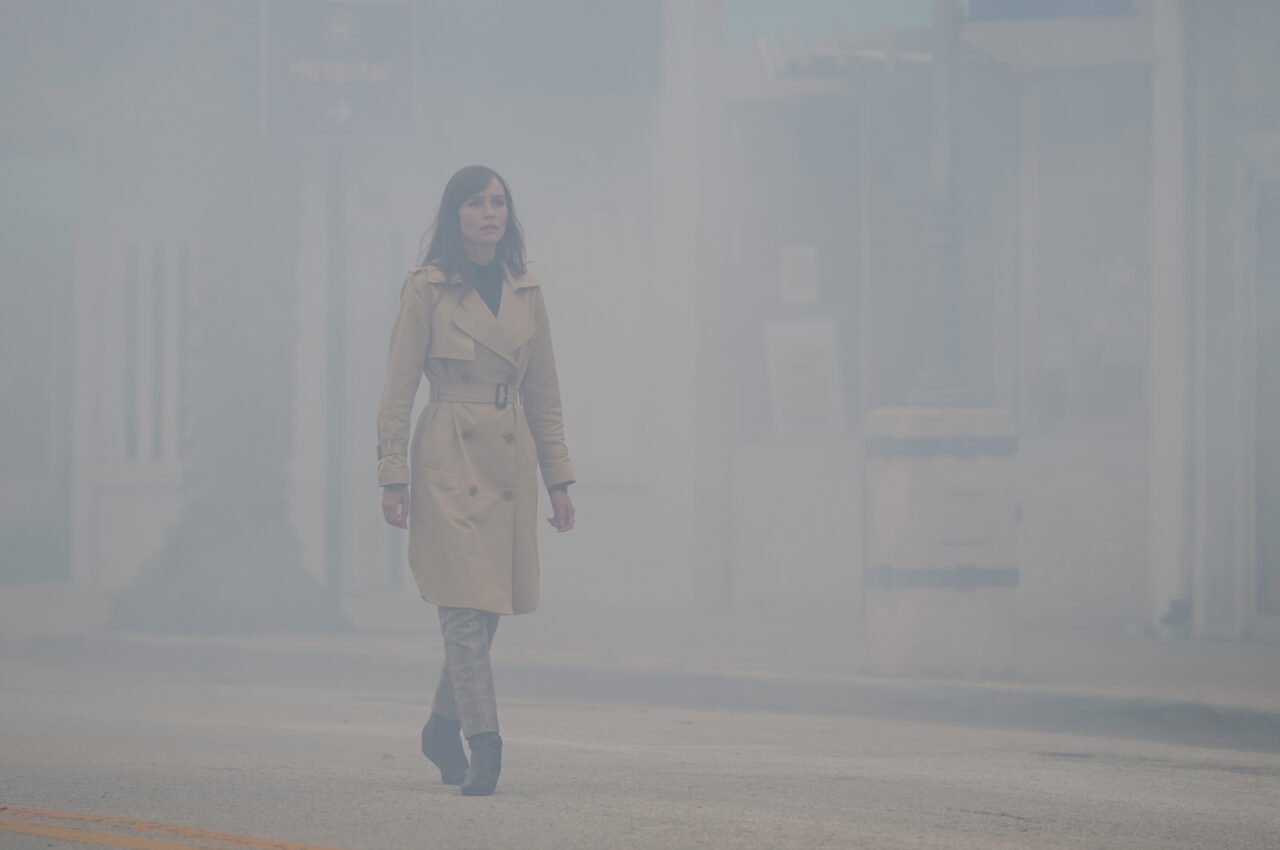 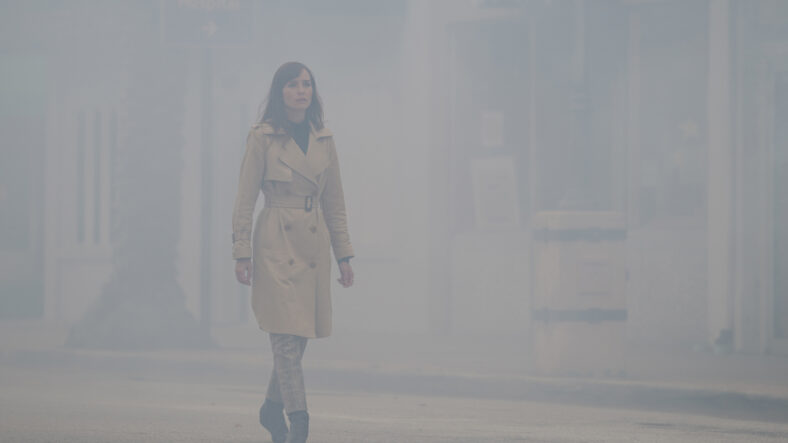 Mickey Keating is a king of mumblegore, or super low-budget indie horror. His films such as Pod and Darling are deeply affecting and made with minimal resources. They’re not just scary, but delve into the nature of being human and experiencing terror. In his latest film Offseason, Keating takes those themes to a cosmic level as a woman returns to her mother’s hometown after her mother’s death.

We spoke with Keating over the phone about Japanese horror movies, filming in small-town Florida, and the iconic video game series Silent Hill.

Dread Central: I’d love to hear about the inspiration behind Offseason and why you chose this subject for your latest film.

Mickey Keating: I love Southern Gothic literature and there are certain stories that you read growing up that would just kind of stick with you. And two of ’em were Shirley Jackson’s “The Summer People”, which isn’t quite Southern Gothic. But it’s, it’s very creepy and just strange and weird. And then the other one is William Faulkner’s “A Rose for Emily”. I wanted to make something, a movie that was a little bit more in line with a kind of creepy old antique book you might find in like in an antique shop as opposed to my other films which are very much homage heavy. I wanted to switch that up a little bit this time.

MK: I think it just comes down to the fact I love all kinds of cinema, you know? It’s all I’ve ever adored. I don’t have any other interests or hobbies. So, it’s not an intentional ‘oh, I’m gonna shake things up’. It’s just, there are so many different things that I love and wanna explore and try to see what my take on certain subgenres can be. And so that’s really the effort. It’s just purely, purely the love of cinema.

So what would you say is your favorite subgenre of horror?

MK: Oh, geez. I know this isn’t quite like a specific subgenre, but I really love the movies that mess with your head and mislead you. They force the audience to have their own interpretation. I love films Repulsion and The Tenant. Obviously I think The Shining is brilliant and it’s just leaving so much open to your own interpretation. So anytime a movie allows that and gives the viewer the keys to the car, that’s what I gravitate towards. And that kind of can stretch across a number of subgenres. I hope that’s an okay answer.

Oh, no, that’s a perfect answer. It’s more just like vibes, it’s hard to like encapsulate because horror is very fluid. So I am curious, what was it like working with, uh, contemporary horror icon Jocelin Donahue with Offseason?

It was great. I met with her for coffee when we were starting to cast and immediately, I was like, ‘she is the one to be in this film’. And so when you go to somebody and you’re like, ‘look like, come down to Florida for a month’ and it’s not cool, Miami, Florida, it’s kind of the middle of nowhere, that’s a big ask of somebody. But she came down and she really kind of gave her a hall every day. And the weather conditions and elements were terrible. But she was just so sweet about it. I really love working with her,

So you were in Florida. Tell me more about what it was like to shoot where you guys were.

What’s funny is in Florida, tourism is surprisingly abundant. And so this little town that I found was actually kind of quickly becoming, you know, huge condos and everything. This town was called New Smyrna Beach and it’s about an hour away from Daytona. Fortunately, the main street was built in the 1920s and there were enough things that we could cheat to make it not seem like it was a tourist town.

That’s amazing. So what was it like filming in that town with the locals? What is that vibe like? I’m always so curious when people film on location about what it’s like melding those two worlds together.

MK: You’d think that it would be empty like in the movie. But the reality is that all the Canadians came down during that time of year when we filmed. So we had to block off that main street, that was all practical. There’s no CGI. And right outside the camera, there were dozens and dozens and dozens of Canadian tourists watching as if Marilyn Monroe was running down the street. It was really kind of a trip.

That’s incredible and wild. I’m sure you’ve heard this about the Silent Hill comparisons to Offseason. I was curious if Silent Hill was at all an inspiration for you?

I love the video game. I think Silent Hill 2 is one of the greatest achievements in horror ever. I’m not so much a fan of the films just because I think it’s an impossible task to try to capture what the video games do. But I think also it’s like that if you fill a town with fog, you’re inevitably going to get comparisons. So, yes Silent Hill was an inspiration, but also a lot of other Japanese horror, too, like Dark Water. Offseason is this melting pot of different kinds of Japanese horror inspirations.

Well. Oh, that’s so cool. What are some of your favorite Japanese horror movies then?

Oh my God. Pulse is an all-time favorite. It’s such an incredible movie.

My last question for you then Mickey is if you had to schedule a double feature with Offseason, which film would you choose to be part of the double bill?

This is kind of a wild card, but I would probably do Hush, Hush, Sweet Charlotte, which is a great Southern Gothic. Actually, the characters in Offeason are named after the director of Hush, Hush, Sweet Charlotte. That would be a fun one. But then the other weird one, that’s not quite horror, is Michelangelo Antonioni‘s Red Desert. It’s brilliant. Aesthetically it’s like what we tried to go for in Offseason to a T. 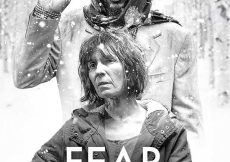 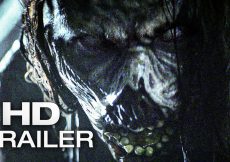 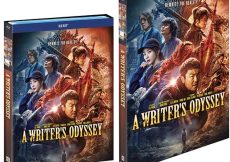 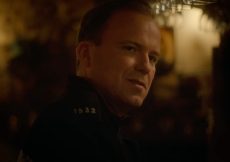 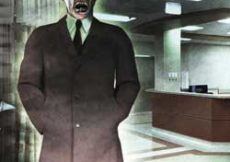 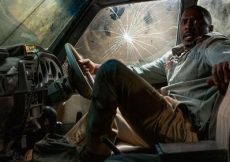