Has Katherine found love within herself and with Shanice?

Katherine is coming to grips with her sexuality in an captivating manner on A Million Little Things Season 4 Episode 5. Meanwhile, Sophie and Gary’s relationship may be irreparebly damaged.

Join Christine Orlando, Laura Nowak, and Jack Ori as they discuss the hour.

What are your thoughts on Katherine’s storyline with Shanice and figuring out her sexuality?

Christine: I love this story! Katherine’s entire life has been about what she should do. It’s been about being a good daughter, student, lawyer, wife, and mother.

For the first time, she’s allowing herself to look outside all the roles she’s supposed to fill and figure out what truly makes her happy. Maybe that’s Shanice or another woman, and perhaps it’s not, but I’m glad she’s open to exploring those feelings and seeing where it leads her.

Laura: I’m enjoying this storyline. Even when Katherine was married, she’s always made decisions about what others expected of her. It’s refreshing to watch her let loose. I enjoyed their first kiss, and I liked when Katherine checked on the dating app that she was interested in both men and women. That’s such progress for her.

Jack: I also love this story! So many stories about bisexuality historically lack realistic writing, but AMLT is writing this beautifully. Katherine has never taken the time before to think about what she really wants, and I’m thrilled that she’s exploring her sexuality regardless of where it leads.

Do you think Gina found a new calling with her catering gig? Will there be any repercussions for Valerie accompanying her? Are you worried about her and Rome being apart for so long?

Christine: This could be great for Gina, and if nothing else, it’s something different that excites her. I was happy that she offered Valerie the opportunity, but I hope Valerie isn’t doing something stupid like violating her parole or probation by leaving the state.

As for Rome and Regina, they’re certainly strong enough to be apart for a few months, but I was a little surprised that Rome didn’t offer to go with her or at least visit regularly. Other than Walter, what’s keeping him in Boston?

Laura: I think it’ll be a fun story for Gina. I hope we see some of it with her, Valerie, and Shanice in Miami. It sounds like fun.

I’m not worried about Rome and Regina. They have a solid marriage. I assume he’ll join her at some point.

Jack: I was also surprised Rome didn’t offer to join Gina in Miami, but with him being this supportive, I doubt it’s going to be an issue. It is an excellent opportunity for Gina, and there’s no reason it should cause significant problems for her relationship with Rome.

Are you surprised by Eddie’s decision to let Nicole and her son live in his apartment? Is this a sign of growth for him or poorly thought out?

Christine: It was an incredibly generous gesture, and I hope it works out for everyone. It did feel as though Eddie was offering Nicole a fresh start and, in turn, giving himself one as well. Fingers crossed, that’s how this plays out.

Laura: Not really. He wanted to give them a fresh start, and he’s obviously going to move back in with Gary to support him, so it’s like he said, he paid for the apartment.

Jack: I’m not surprised, but I am a bit skeptical. Eddie barely knows Nicole, and I’m not sure that this is the best idea.

How long do you think it will take before Rome faces repercussions from Paragon Plus after showing off his movie?

Christine: Oye. Did he sell the rights of the documentary entirely to Paragon Plus?

If so, he’s absolutely going to get sued. And if this movie gets any real word-of-mouth buzz, it won’t be long until he gets his first cease and desist notice because, in the world of 24/7 social media, nothing stays secret for long.

Laura: They screwed him over, and now he wants payback. I imagine not long in the world of Hollywood.

Maggie bonded with Jane over cancer, saved her job, and met a new suitor. React.

Christine: Why does it still feel like Maggie is an outsider from the rest of the friend group? It shouldn’t, and yet it does. That said, I like her work on the radio, and I’m curious to see both her relationship with Jane and perhaps a new romance. It’s all so new that it’s difficult to feel more than that.

Laura: I agree with Christine that Maggie’s stuff seems very separate. I do like her job on the radio, though, and seeing her touch on her remission with cancer. Her new love interest was hot!

Jack: As soon as Jane said she needed to connect with the audience more, I knew Maggie would turn it around at the last minute. I enjoy her radio stuff, and this was a nice meet-cute. But I also agree that she should be integrated into the other storylines more. She was helping support Sophie before, and I hope we see more of that.

Did you agree with Sophie’s assessment about Gary playing hero and decision to delete the podcast? How do you think the strain on Sophie and Gary’s relationship will affect them?

Christine: Sophie was spot on; Gary wasn’t protecting her. Gary was soothing his wounded ego and sense of guilt over what happened to Sophie on his watch. There was no purpose in scaring Peter. What good would that have done Sophie?

Gary can be a hothead, and he let his temper lead his actions with Peter, which made things worse for everyone involved. Maggie is right. Gary should seek therapy and try and work out some of his issues.

As for Sophie and Gary, this has permanently changed their relationship. They may eventually be close again, but I think that’s going to take a long time, and it will likely never be the same.

Laura: I think Gary thought he was protecting Sophie, but Sophie was right that it was mainly to soothe his guilt over the injustice of what happened to her. I don’t think Gary would intentionally hurt Sophie. He just went about protecting her the wrong way when she was already healing, and now she and Gary’s relationship is altered forever.

Jack: Yeah, I also agree with Sophie that this didn’t do anything to protect her. Gary was angry that he couldn’t do anything to help Sophie and let his temper get the better of him. He’s lucky that the consequences weren’t more severe.

Sophie has had a lot of trauma in her life, not just the sexual assault, and often reacts by lashing out at people who don’t make good decisions. I think she will forgive Gary eventually, but it will take time, and things won’t be completely the same.

Is this the last of Peter? Do you think he’ll face repercussions now that his wife knows the truth, or will this still plague Gary?

Christine: If Peter’s wife has left him and will make sure he never teaches again, why should he keep quiet about what Gary did to him?

The whole point of having Sophie take down the podcast was so he could plausibly deny everything and call Sophie a liar. If that option is gone, Peter may very well look to take his revenge on Gary and Chris.

Laura: I would love to think it’s the last of Peter, but I doubt it. I have a feeling he’ll make everyone’s lives miserable still.

Jack: I wish this were the last of Peter too, but his wife knowing what he did and wanting to do something about it, this can’t possibly be the end of the story.

What was your favorite scene? Is there anything else you’d like to address?

Christine: I really enjoyed Shanice and Katherine growing closer contrasted with Katherine’s mother’s expectations of her. It showed how torn Katherine is and how difficult it can be to break out of the roles we feel we’re supposed to fill.

I also think that Shanice pushed Katherine just enough to acknowledge her own feelings without going too far.

I found it telling that when Sophie found out what Gary did, she ran to Maggie and didn’t call Delilah. It’s clear that Delilah has been absent from her daughter’s life for too long, and Maggie has filled that void.

And I miss Danny. I hate he’s off in France with Delilah and has to interact with his sister via video.

Laura: This was my favorite episode of the season so far. There were high stakes and emotions. Like Christine, I miss Danny and wish he and Sophie could have these chats in person.

I particularly liked the scene when both Gary and Christopher were confessing at the same time. It was so emotional!

Jack: I liked the scene where Peter’s wife confronted him. Finally, some justice, even if it is too little too late.

But Katherine and Shanice’s scenes were hands down my favorites. And Shanice’s reaction when Katherine left her alone with her mother was so full of awkward tension. It was perfect.

Over to you, AMLT Fanatics. Do you agree with our round table? Disagree? Sound off below! 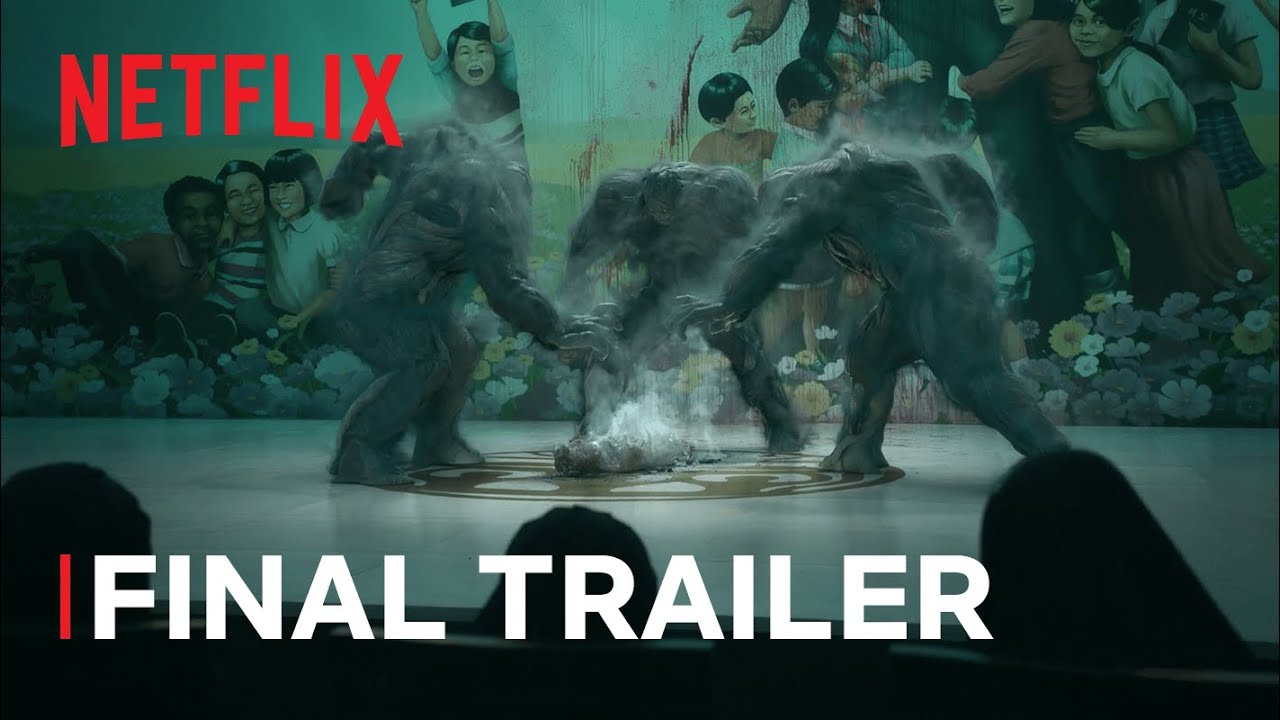 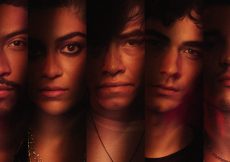 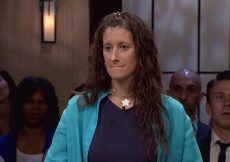 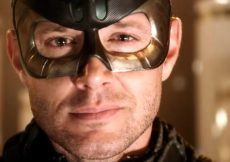