One premiere week down, several more to go!

This week, we’ve got Ghosts, CSI: Vegas, and The Rookie among other returns. And there’s no shortage of movies, either.

Take a look at what we recommend you watch this week.

Lydia and her daughter Elle relocate to Los Angeles for mysterious and shady reasons. Lydia lands a job as an assistant principal at the same high school Ellie attends.

Little does she know, her daughter will do anything to become a popular homecoming queen, and we do mean anything!

Taylor, Turner, and Monte are left to battle it out in the final round of the Head of Household (HOH) before pleading their cases to the jury. Which two houseguests will be sitting in the finale chairs?

Who will be the lucky houseguest to take the prize? And who will win America’s Favourite Player? We’re so close to the finish, and anyone could take it. Don’t miss out on the shocking finale!

Officer John Nolan once again comes face-to-face with serial killer Rosaline Dyer, and she wants him to know she’s not done with him yet.

And Lucy and Tim have to work closely together undercover as they take on the personas of Dim and Juicy to help Det. Lopez take down a major criminal enterprise.

Don’t miss the season premiere of The Rookie!

The aftermath of Clay’s injury sends the team into a tailspin.

Clay tries to come to terms with what happened while everyone else is sent on a mission after an attack.

Then there’s Davis, who is still trying to come to terms with what happened to the team.

We finally reach the big time jump, and it’s by far the best episode yet.

Expect big alliances, more shocks, and a chilling conclusion that will leave you gasping.

House of the Dragon forges ahead with an episode that ups the ante in some big ways.

Oh, man. We’ve got an embarrassing “sounds like you love me” moment coming between Abby and Evan!

But awkwardness makes the best stories for the future, when they’re sitting around the dinner table recalling the first time they uttered those three words.

Lots of love and cherishing going on as we careen toward the series finale.

When private investigator Francesca “Frankie” Quinn’s fiancé is murdered, his sister hires her to find the killer.

To solve the crime, she must work with the detective on the case…her ex.

Coming off a strong premiere, this hour picks up after Athena and Bobby’s frightening FaceTime call with Athena’s father goes awry.

And while Bobby and Athena tend to family matters, the 118 deals with a structure collapse.

Elsewhere, Hen’s busy schedule catches up to her, and Maddie welcomes in the new dispatcher.

The rollercoaster continues as Thony and Fiona protect Chris from the cops, but the motel clerk has proof, so he could make trouble.

When Thony’s in-laws come to town, things get more complicated.

Elsewhere, Thony meets with Nadia’s ex-lover, played by Naveen Andrews, to get Arman out of prison.

To infinity and BEYOND! No, seriously, Ben’s leaped into an astronaut, and that’s going to be a trip and a half for everyone involved.

A lot of the action will take place back home, where Jenn and Magic attempt to track down Janis Calavicci. Prepare for a surprise blast from the past as Quantum takes a page from Cobra Kai’s book and brings back some original series faces! (No, not him.)

The season ahead looks like a roller-coaster of exciting adventures. From space to the Wild West to earthquakes to the boxing ring, Ben’s going to have to pivot like only a time-traveling physicist can!

After first arriving on The Rookie, Simone Clark heads back to LA.

This time, she’s fresh out of the FBI Academy and has her sights set on joining Matthew Garza’s newly formed special unit.

Her home life may be even more challenging as Simone and Cutty’s father-daughter relationship is put to the test as their opposing opinions about law enforcement come to a head.

An officer is shot dead at a pawn shop along with the store’s owner.

In Maggie’s absence, OA has been pushed into more of a leadership role.

The team tries to figure out why a young, recent Ivy League dropout is tied to the murders.

Politics can get ugly, and that becomes evident when the results of a heated gubernatorial election lead to violence that floods the E.R.

Meanwhile, Conrad attempts to find some sort of common ground with a patient who has aggressive outbursts.

Tune in for an all-new episode!

When a local predator begins extorting underage American girls online, the Fly Team attempts to bring the offender to justice with on-site help from one of the victims.

Sounds like an important storyline! Elsewhere, Kellett decides she should find a roommate.

Luke finds out the truth behind how his mother died, but how will it affect the Roman family?

Meanwhile, fresh off of discovering one affair affecting her sister’s marriage, she must deal with the effects of one on her own when she chooses to turn the tables on her husband.

Ana signs with Monarch and connects with Ace!

Picking up right after Josh and Riley disappeared, the La Brea season 2 premiere deals with the aftermath.

While following a lead, Eve and Levi have a run-in with a ruthless prehistoric group.

Wilder intends to pull a page out of the Max Goodwin playbook when she goes to great and inadvisable lengths to save her patient.

Meanwhile, Max pours himself into testing a new program that could help the hospital and the patients in the most need.

And if anyone cares, and it’s doubtful they do, Iggy ventures into online dating.

Stella is still wary of Carver, and hell, so are we!

But the two must work together to help Carver’s former boss.

Javi spends some quality time at 51, and Gallo begins to direct his attention elsewhere as Violet and Hawkin’s relationship continues to thrive.

It seems we’re back on that centric episodic formula, which means it’s Burzek time.

Burgess questions Ruzek’s behavior on a case, much to our eternal frustration and boredom. While the team races against time to track down a convicted killer who escapes and the hostage they took with them.

Torres continues to find his footing in the unit.

Jackie’s expecting wedded bliss with Neville, but she’s in for a shock when she learns how much of his work he brings home with him.

Since Neville is a veterinarian, that means animals. Lots of animals. When the furry patients take over, will Jackie be able to compete?

And now that Darlene and Ben are married and out of Dan’s house, Ben’s made a disturbing discovery. He’s afraid his new wife is turning into Dan!

Check out the brand new episode of The Conners.

The ladies are back, but the friendships are more strained than ever.

Jen Shah starts the season claiming to be innocent of her part in the telemarketing scam, but we all know what happens with that.

Since this entry in the franchise is in a league of its own, we’ll be covering all the events as they play out.

Return to TV Fanatic for our full premiere rundown after it airs.

Beau and Cassie team up to look for the missing backpacker, and Jenny finds herself face-to-face with Tonya yet again.

While Sunny may have a happy smile for her guests, she’s hiding something, and we’ll see more of that here.

We’ll also spend some more time with Emily, whose investigation at the campground could land her in hot water.

Yeah, that’s it. Get ready for a Lower Decks take on the Federation-Bajoran waystation to the Wormhole. It’s a helluva coup to bring back the original actors to voice our favorite space station’s motley crew and entrepreneurs.

Never fear; Quark has never stopped being Quark, so you KNOW that’s gonna be as good a time as gold-pressed latinum can buy.

We’re back with an all-new season, and it’s going to be war – a generational war, that is.

The heat is on! Don’t forget to check in with us for an exclusive interview with Chef Christina Wilson!

Last year’s supernatural smash hit is back for another season! With plenty of new ghosts and hijinks to come.

Ghosts Season 2 picks up with the ghosts teaming up with Sam to get a good review for the bed and breakfast. Will they win over the critical guests? Or will they get up to more shenanigans along the way?

Don’t miss out on the season premiere!

Marg Helgenberger returns as Catherine Willows in CSI: Vegas’s Season 2 premiere as she persuades Max to let her rejoin the team.

Watch the team solve this crime and look for our interview with Paula Newsome’s Maxine Roby Thursday morning.

Chickie (Zac Efron) wants to support his friends fighting in Vietnam, so he does something wild — personally bring them American beer.

What starts as a well-meaning journey quickly changes Chickie’s life and perspective.

Based on a true story.

The Sanderson sisters return in the follow-up to the cult classic Hocus Pocus.

Thankfully, many of the original cast members have signed up for the new flick, and the first trailers have been hilarious.

Check it out below. 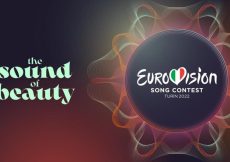 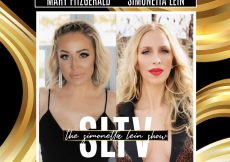 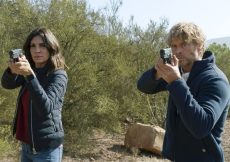 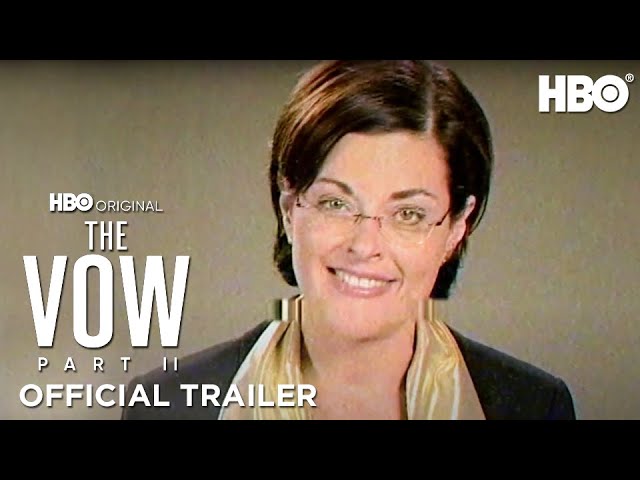 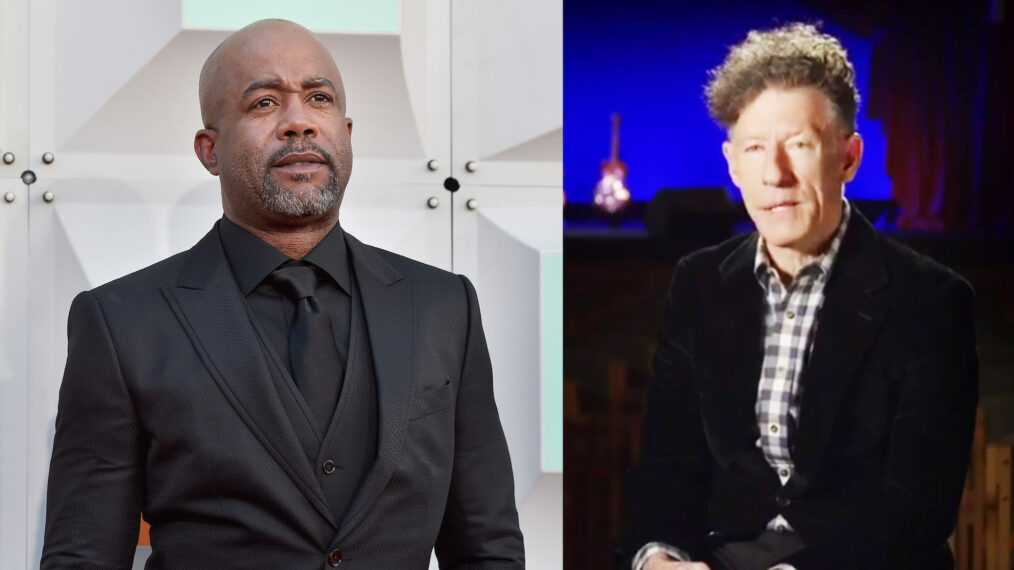