What’s the story behind the story? What inspired you to write Hale?

The inspiration came from a dream. It was so powerful that I had to write it down, and before I knew it, I wrote a book. I was only sixteen. I shopped it around my freshman year of college but was unsuccessful. So, I put away my writing to focus on my studies, though the story continued to haunt me. I could not focus during classes and constantly daydreamed about revamping the story and adding more details to the world and each character.

If you woke up in the world of Hale, what is the first thing you would do?

The characters of HALE are my longtime friends of eight years. I would love to see them truly exist and live up to their heroism, pushing the boundaries of my meager imagination. Likewise, I often dream of experiencing the magic in the world of HALE firsthand. What would it be like to wield the three eyes, Camden’s shield, or Ianna’s potions? What would it feel like to be blessed during the welcoming moon ceremony, transform, and fly with my griffin brethren? What adventures await me if I were a part of the story, witnessing Palla’s spirit magic, Bimmorian technology, or having a run-in with creatures like nymphs and woodland demons?

My favorite genre to read and write is fantasy. In the world of fantasy, the creator can make up any rule of nature, magic, culture, and people. They can create a history between characters or nations. They can even invent languages! There are no limits or boundaries in fantasy. The best fantasy writers have a way of captivating their readers, pulling them into an epic world with tantalizing twists and turns. Some inspiring writers also use fantasy tropes like the supernatural or magic to symbolize the troubles of the human condition. Take Anne Rice, the author of An Interview with a Vampire, for example. Rice used vampirism as a metaphor for “lost souls” in terms of her lack of faith and search for God, which is very poetic. Or C. S. Lewis, who used the world of Narnia to communicate faith and spirituality.

What fictional world would you most like to visit?

My taste in fictional universes might be childish to some people. The following titles house inspiring characters that resonate with me. Books whose world I’d like to visit are Narnia, and the fantasy universes of the Golden Compass, and Inkheart. Other fantasy universes I’d love to venture into are the worlds of Avatar: The Last Airbender, Pirates of the Caribbean, and Treasure Planet! However, stories cannot exist without conflict, and each of these titles offers very dangerous situations, which is why I’d prefer visiting Narnia after the last battle, The Golden Compass before the severing of demons with child, Inkheart after the death of the Shadow, and the world of avatar only during Aang’s lifetime after the defeat of the Firelord. Each of these titles has beautifully made worlds with unique magic systems and themes that anyone can easily get lost in.

What genre did you expect to hate, but ended up loving?

I love to read all sorts of books. I’ll give anything a chance. I sometimes try to go out of my comfort zone and read suspense thrillers and horror. In those genres, I look up to authors like Dean Koontz. Also, the romance genre is never up my alley, nor is gothic/supernatural romance, and yet I love books like Fallen and Beautiful Creatures. That goes to show that talented writers and creators can still captivate people who would not usually gravitate towards that particular topic/genre.

There are so many things I love about writing like getting into a flowing state where I experience no blockages. I love being surprised by where the story takes me even after I’ve mapped out the plot. I also love to see people enjoy my work and most importantly resonate with the characters and their situations. That is the purpose of my writing. However, my least favorite thing about writing would be editing. While tedious, I have come to learn that editing is just as much of an art form as writing itself since there is so much to think about such as pacing, sentence structure, and vernacular specifically adjusted to the reader’s general understanding. When all these aspects come together, a story is brought to new heights since the writing is enhanced in a way that engages the reader at all stages.

What scene in Hale was your favorite to write?

There were many scenes I loved writing in Hale: The Rise of the Griffins. One of them is the Welcoming Moon scene as I imagined it a spiritual experience of transcendence. While writing this scene, it was my goal to have my readers feel the magic as if they were present during the celebration. I particularly enjoy detailing my fantasy world with rules, magic, culture, unique creatures, and epic battles.

I do not have a motto or single quote I live by. However, Rudyard Kipling’s poem titled “If” resonates deeply with me. The poem covers all aspects of the difficulties of being human, spoken in a way a parent would to their child. Astonishingly, it was written in 1895 yet still applies to the human condition. It proves that no matter how much the world advances and changes, the act of being truly human is perpetual.

What will your next adventure or writing project be?

After completing the HALE YA series, I plan to complete the children’s books and graphic novels for the HALE series before moving on to other forms of fantasy writing. But for now, I am still in the middle of my next adventure in HALE’s sequel, which will come out very soon. Those who are curious about what happens next to characters like Hale, Marcus, and Ellionna will be delighted by this next book! 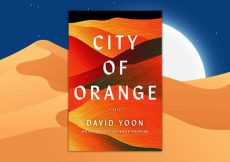 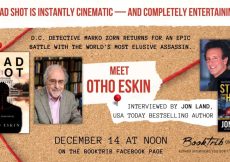 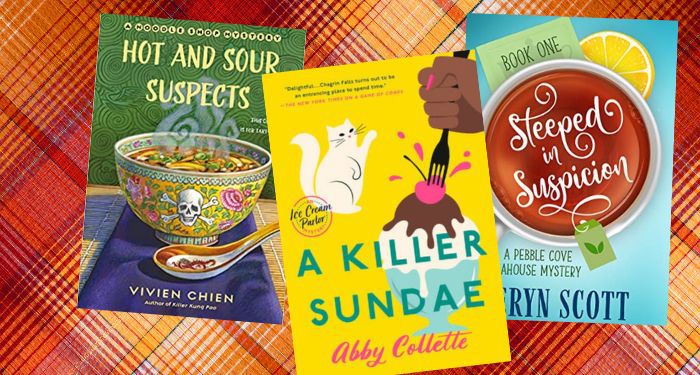