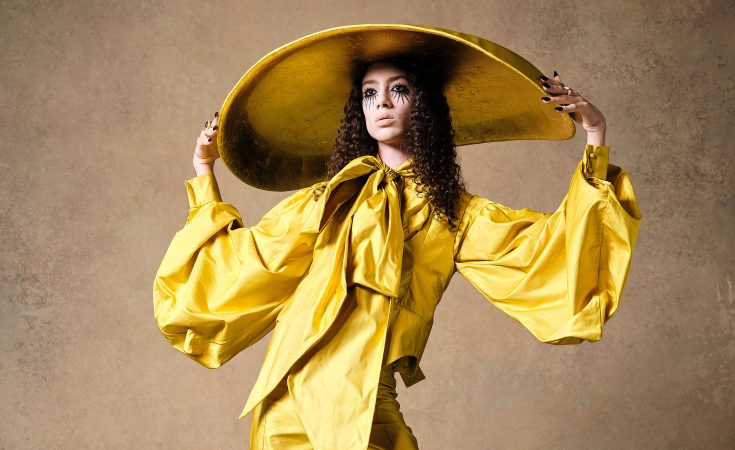 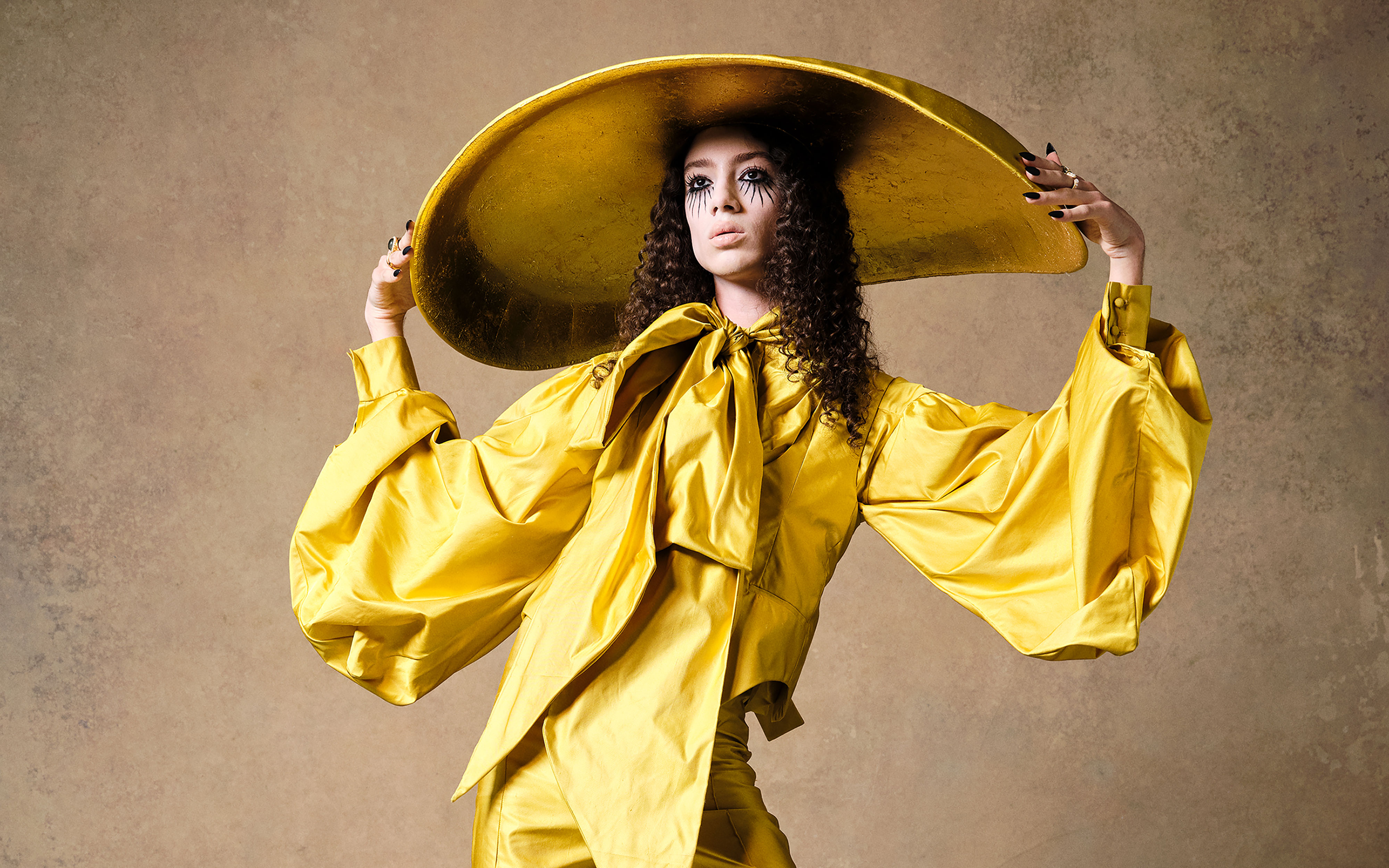 London will always be the cool, artsy kid of the fashion week schedule. You know the one — the effortless “it” girl in school who perpetually looked like she wasn’t trying but was somehow always wearing the perfect mix of trendy yet eccentric clothes. Designers at London Fashion Week Fall 2022 followed this archetype to a tee, trading in locker lined halls for glitzy catwalks.

Hot on the heels of its New York counterpart, England’s capital followed a few similar themes: relaxed suiting, streamlined silhouettes and subdued colour palettes. However, the UK introduced some extremes. While seventies flair, sheer dresses and patterns galore added some pizzazz, the real wow factor came in the form of inflatable fashions, oversized hats and feline accessories. It seems British designers are keen to revamp the spectacle of pre-pandemic runways.

See for yourself as we’ve rounded up the most viral moments from London Fashion Week Fall 2022. 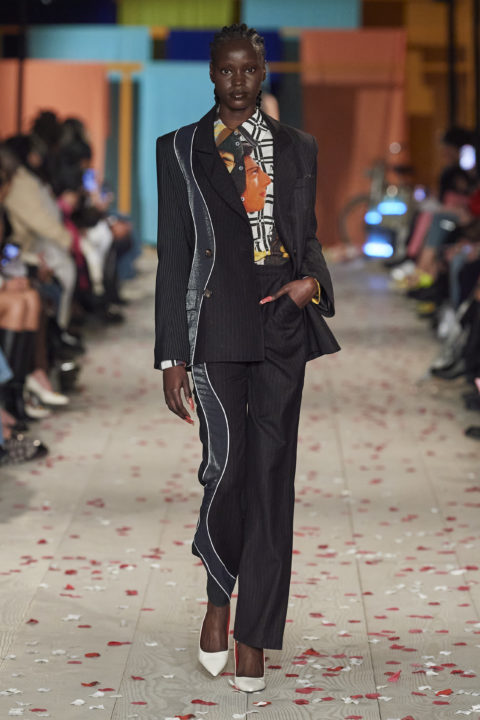 British designers have never been ones to shy away from bold looks, and Priya Ahluwalia is no exception. For Ahluwalia’s much-anticipated runway debut, the Indian-Nigerian creative director was inspired by Bollywood and Nollywood films and the idea of telling the stories of Black and Brown lives through a non-Eurocentric lens. By using upcycled materials and ethical and environmentally-friendly supply chains, the brand achieved a level of sharpness and style that is rarely seen, and understandably stunned both the IRL and online audiences. 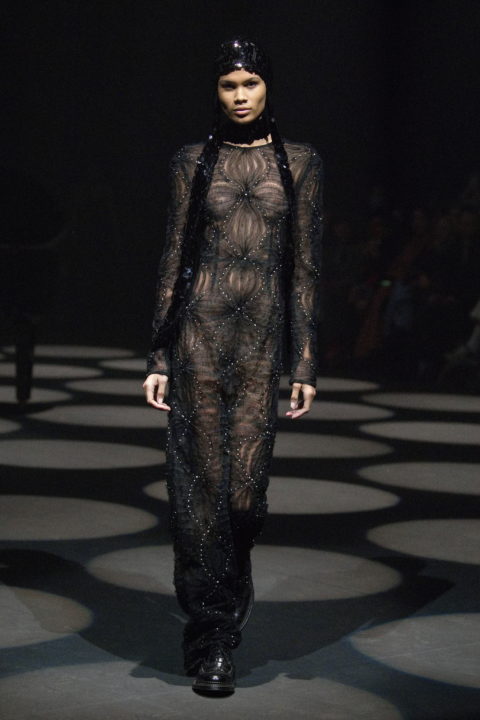 It’s fair to say that the 2020s have not been the flapper Fitzgerald fantasy that we were all promised, but Erdem is not giving up hope! In a collection that begs to be worn to a Cabaret-themed soiree, the Canadian-born designer took inspiration from Berlin in the late twenties/early thirties for the London Fashion Week Fall 2022 season. Lace and tulle have always been mainstays of the brand, but under this nighttime lens, there’s a sultry glamour that makes even the simplest of slip dresses irresistible. Don’t mind us as we anxiously await our invitations.

Harris Reed: All hail the queen 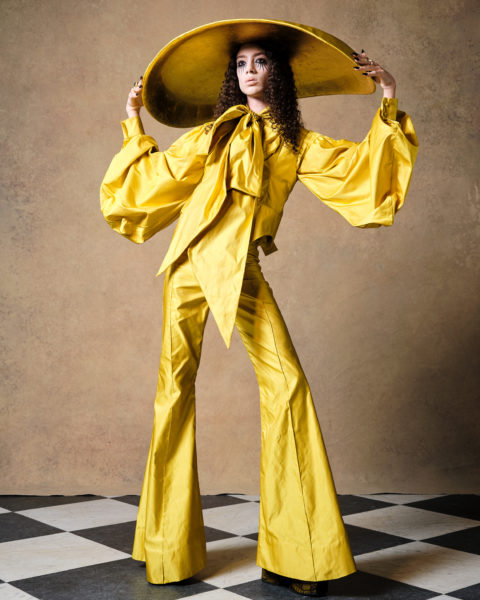 If we’ve said it once, we’ve said it a thousand times — we love a queen! Whether she’s from Bridgerton, RuPaul’s Drag Race or actual history, the title alone seems to drip in exuberance. For Harris Reed’s sophomore collection, it was no different. Citing Queen Victoria as his muse, the designer (made famous for styling Harry Styles) told Vogue he re-imagined the monarch through a “Yas, queen!” club kid lens. “I love how queer culture took on this regal fabulousness,” he explained. Even more impressive? The Brit created the entire assortment with repurposed materials from the home of the heir to the Bussandri upholstery empire. Talk about luxury. 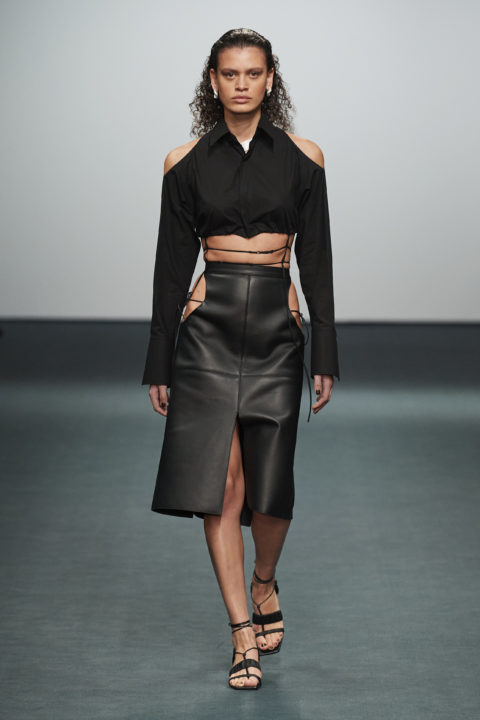 You’ve likely seen a Nensi Dojaka garment but just haven’t realized it. Maybe you saw Zendaya wearing one for an after-party? Perhaps it was Dua Lipa on Instagram posing with Elton John? Or maybe it was Sophie Turner’s bathroom selfie that cued you into this celeb favourite? Either way, for the designer’s second collection, Dojaka delivered on everything fans have come to expect: sheer fabrics, muted tones and lingerie-inspired styles that proudly display the female body. A reason to celebrate, indeed.

On/Off Presents Jack Irving: Is this fashion or a funfair? 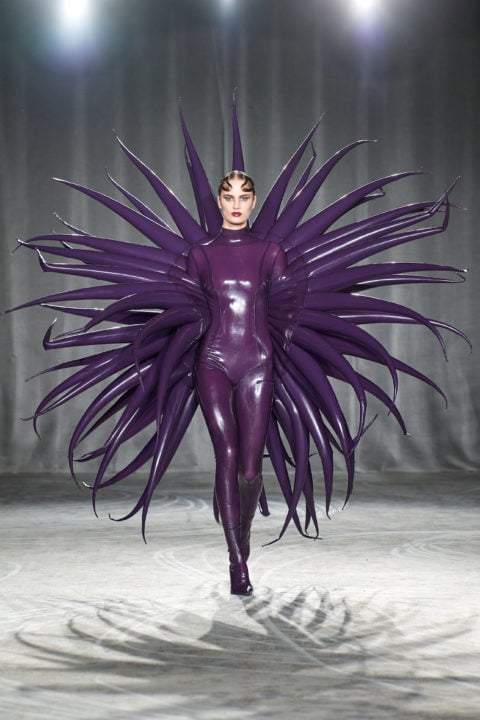 Just like Area during New York Fashion Week, it looks like Jack Irving didn’t get the ready-to-wear memo. While most designers have taken a more subtle approach to the season and COVID-19 symbolism, simplicity has never been Irving’s strong suit. Models resembling mutated cells transformed on the catwalk, shedding their inflatable tentacles for sleeker underlayers in a show that felt more like performance art mixed with a child’s funfair. Presented by On/Off, a fashion organization that supports emerging talent, Irving’s love of theatricality and plastic was on full display and, as you can imagine, became a fast favourite on social media. 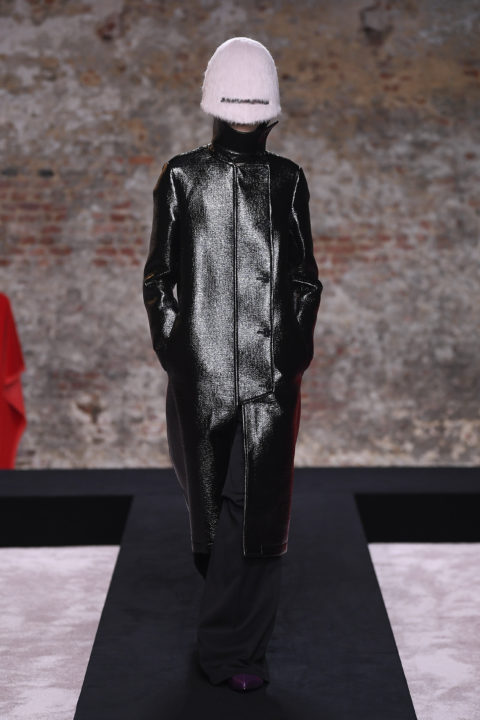 If you’ve ever wondered how to hide in plain sight, Raf Simon’s Fall 2022 collection has your answer: an oversized helmet. The Belgian expat presented a profound study in hide-and-seeking, as muses were immersed in cocoon-like coats, textural tent dresses and mushroom caps designed in partnership with Stephen Jones. Used to emphasize the thin silhouettes of the garments, the bulbous hats obscured many of the models’ eyesight, providing only a narrow slit to ensure no accidents occurred on the runway. For any celebrities or superheroes looking to hide their secret identities, consider swapping your glasses for something a bit more extravagant this season. 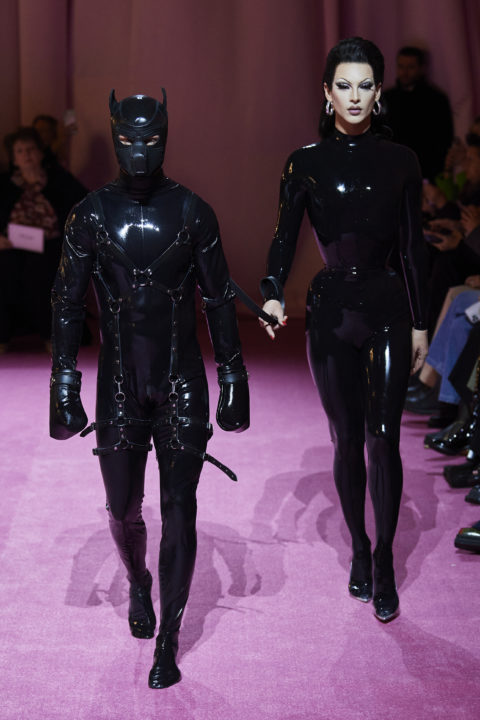 It’s almost become a right of passage for RuPaul’s Drag Race graduates to walk Richard Quinn’s runway. Last season it was Tayce and Bimini Bon Boulash, runners-up of the second UK edition of the reality TV show. But for Fall 2022, the designer brought out the big guns: Violet Chachki, fashion icon and winner of the U.S. series’ controversial seventh season. The drag superstar strutted in a quintessential all-latex Quinn ensemble and was accompanied by a similarly-dressed model that she walked on a leash. Undoubtedly the most shocking silhouette of the show, the rest of the collection was an ode to Parisian haute couture and gave more avant-garde Mrs. Maisel than 50 Shades of Grey. But who says you can’t be both? 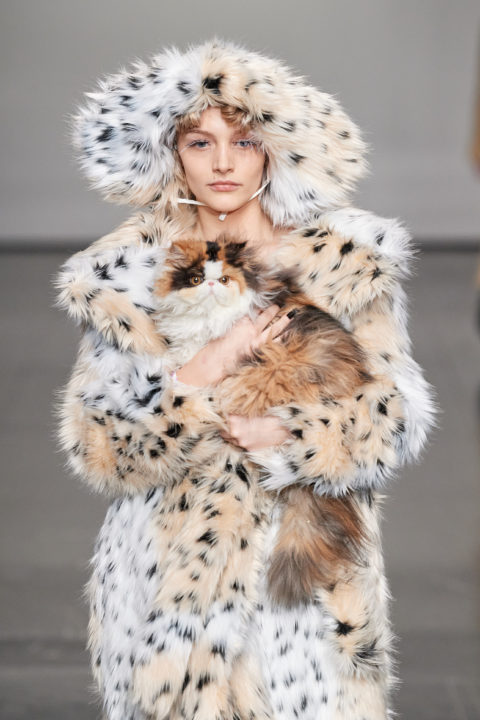 Since the 2019 release of social media’s all-time favourite disaster movie, Cats, fashion’s favourite muse has (understandably) taken a break from the spotlight. So leave it to Yuhan Wang to usher in the cat-assistance on the catwalk — pun intended. The designer’s very own four-legged friend, Misty, made her debut on the runway and was carried by a model wearing a matching fur frock. While it was hard to tell where one of them started and the other ended, the impact was powerful and perfectly personified the theme of her Fall 2022 collection “Venus in Furs.” 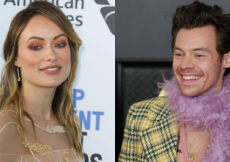 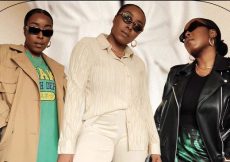 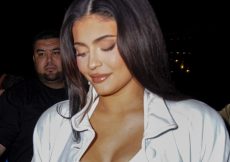 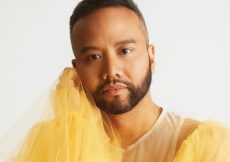 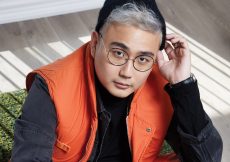 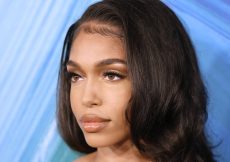